'I believe in doing my best' 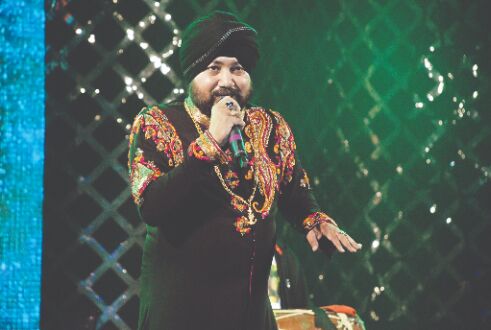 Daler Mehndi is known for making Bhangra popular across the globe as well as Indian pop music independent of Bollywood. Every 90s kid remembers him for his quirky dance styles, voice, colourful turbans and his long, flowing robes.

In a conversation with 'Millennium Post' the singer talks about the reasons behind his hit numbers still crooned by people and his take on exploitative music companies.

"When I was composing the title track of my album 'Tunak Tunak', I spent seven days in the studio - from 10 am to 2 am - to lose myself in its rhythm," he said, adding, "I always think of ways to perfect the songs with the right instruments and the best rhythm. All it takes is the right amount of hard work and dedication by me as well as other musicians in the team. In the old days, musicians used to edit and mix my old songs without any technical help, so it did take a lot of hard work on their part," he revealed.

Talking about the process of recording his song, the singer added, "I focus on my voice and its rhythm while recording my songs, which are based on raag. Also, my songs are a perfect amalgamation of folk music and pop music, which make them more interesting for the listeners. That is the reason why even after 25 years, songs like 'Tunak tunak', 'Bolo ta ra ra', 'Balle balle', 'Har taraf tera jalwa' and many others are still hits among the audience."

While speaking on whether remakes of old songs should be made or not, Mehndi said, "Old songs should be remixed but only with the right musical beat and proper mixing. Individuals should have the right knowledge of mixing anything new with old tracks. 99 percent of today's remixes are worse to hear because people add beats that do not match with the old classics. So remixes should be musically perfect," he admits

Ask him if he enjoys singing Independent singles or Bollywood tracks, the singer replies, "I enjoy every song of mine. Recently I sang a Telugu track for South star Ram Charan's film. I also sang songs in languages like Afghani, Pashto, Iranian and Kurd. So whether I sing a single or a Bollywood number, I believe in doing my best."

After Sushant Singh Rajput's tragic death, singer Sonu Nigam had shared a video in which he talked about the 'cruel' machinations of the music industry and how it affects the singers.

He said, "I have been lucky when it comes to dealing with the music companies because of one rule that I had made at the beginning of my career - once I record a song, I must get my payment, be it in the form of cash, draft or cheque. I'm the only one who made this rule of getting paid for my songs after the recording and before the release."

"I remember when I charged 60 lakh for 'Shamla Meri Koko', a song that 'T-Series' had asked me to sing for a film. Though it was not released in any film, I still got my payment."

"I believe that artistes who do not have the power to ask for their rights get easily exploited by the music companies," he concluded.