'I am a law-abiding citizen' 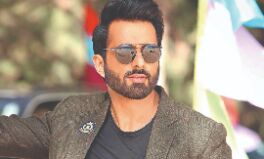 After releasing a statement on social media about the alleged Rs 20 crore tax evasion, Sonu Sood conversed about his finances more openly.

In the latest interview with a leading daily, the Bollywood actor stated that reports and rumours of this nature were bound to happen to him sooner or later because he was attempting to do something 'different'.

"I always believe that when you try to do something different, you are bound to face difficulties. Many percentages of my endorsements' fees, I ask them to donate to my foundation so it can be stronger. The total is not what someone has given to us as a lot of it is my remuneration," said Sonu.

When asked about the donations that were collected (Rs 18.94 crore) and the fact that only a small percentage of it was put to actual use (Rs 1.9 crore), Sood replied: "It was not lying unused. We use it every single day. The money is transferred to hospitals and educational institutes and we use it for saving lives. It has been just four to five months since we started collecting. If I was using the money the way I am getting cases, it would not take even 18 hours to finish that money."

"Whenever we get a case, we scrutinise and make sure it goes to a genuinely needy person. A blind girl who donated ₹15,000 from the pension she gets, those 18 crores have that amount, same for what comes from the piggy banks of kids.

I had to make sure every single penny was used wisely and goes to the right person. Every foundation takes time. People say I have not spent the money, but I have not wasted it either," he added.

He further said, "I am a law-abiding citizen and I will make sure anything that is required from me is provided even in the middle of the night."