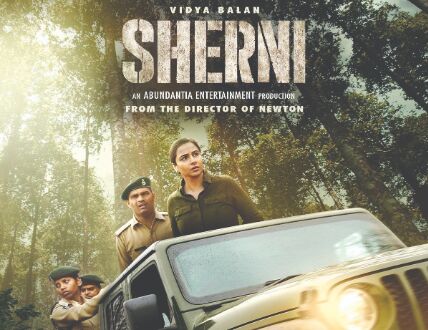 Shooter Asghar Ali Khan plans to take legal action against the makers of Amazon Prime Video's 'Sherni' starring Vidya Balan, as he alleged that the makers twisted the facts relating to the killing of tigress Avni.

"We are consulting the legal advisers. We have not yet taken a final call," said Asghar.

Asghar Ali, who shot dead Avni in Maharashtra's Yavatmal in 2018, is the son of well-known shooter Nawab Sahafath Ali Khan. He alleged that the movie projected them as 'trigger-happy shooters'.

"We had gone there at the invitation of the government and killed the man-eater tigress which had mauled to death 14 persons, but we were projected as if we were hunting for fun," he complained.

He further argued that the movie could damage their reputation and add 'fuel to the fire' to the sensitive matter which is already subjudice. He also contended that twisting the facts in the movie amounts to contempt of court.

In reply to the notice served by the Hyderabad-based shooters, 'Abundantia Entertainment Pvt Ltd' clarified that 'Sherni' is a creative work of fiction and does not depict Asghar Ali or his father.

"If there is one similarity between what was shown in the movie and what happened in Avni's case, it can be called a coincidence but there are so many similarities. There was a lady officer in the real operation and there is a lady officer (Vidya Balan) in the movie. There are other similarities like two cubs of the tigress and the use of urine of another tiger to attract the tigress," revealed Khan.

Claiming that it was the largest operation against a man-eater after Independence, Asghar recalled that 12 attempts to tranquilise the tigress had failed.