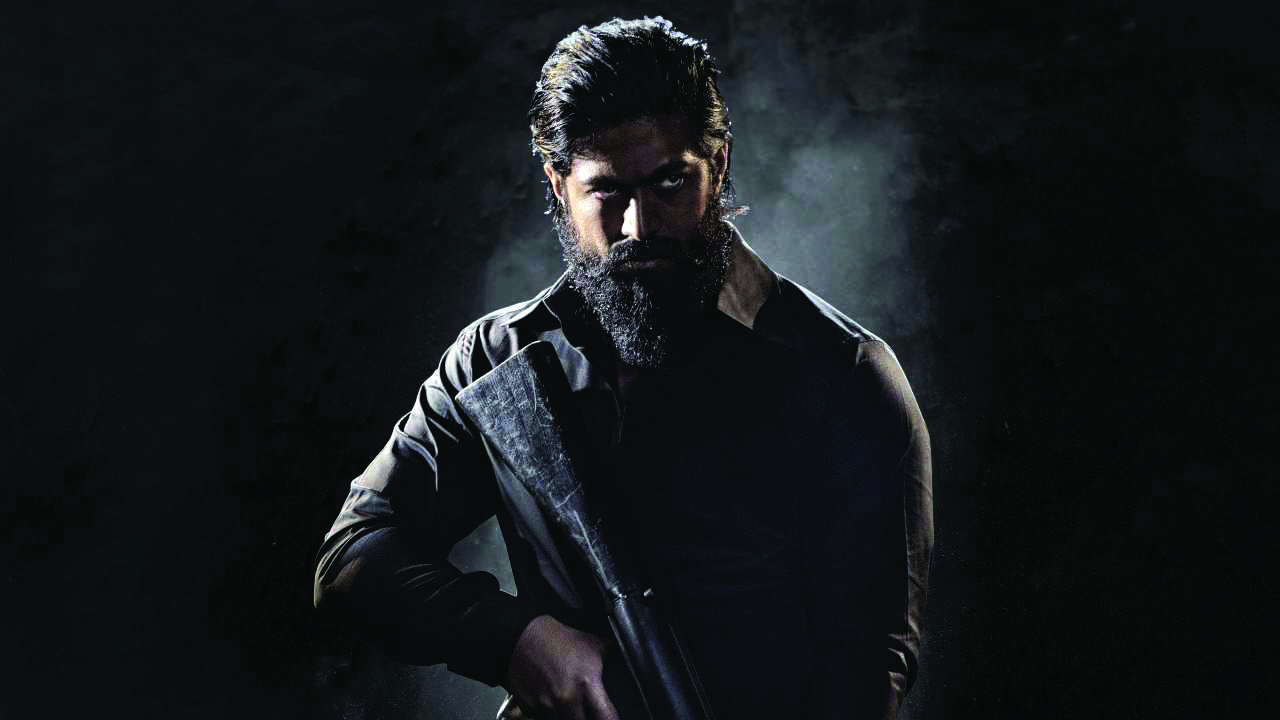 KGF director Prashanth Neel, who has returned with the second chapter of the Yash-starrer previous Thursday, says the team never thought the first part of the movie would resonate so well with the audiences across the country.

Written and directed by Neel, KGF, which stands for Kolar Gold Fields (in Karnataka), is a tale of Rocky (Yash), an orphan who rises from poverty and becomes the king of a gold mine.

The two-part multilingual film, which had its first chapter released in 2018, turned out to be the highest-grossing movie of the Kannada industry.

When we started with the film, we never thought that it would be this (big) and that we would be here today. We didn't start by trying to make it into a pan-India film or for that matter, in two-parts.

"We started out as a Kannada movie and eventually thought of splitting it in two parts and taking it outside. The credit should go to the producer and Yash. For me, the idea was to connect with people through the mother-son story, Neel said in an interview.

The director believes that the human element within the story, an important aspect for making a massy entertainer, may have worked in the film's favour.

"The human element is the first thing that we should put in a big movie. When you talk about larger-than-life movies, that human element binds everything together. Like, the way the characters behave should look human to you. We put in a lot of prominence to this (human element) while filming the first and second chapter.

The movie traces the history of gold mining and the mafia running it in Karnataka's Kolar region.

The film is among the most awaited ones in Indian cinema this year.

According to Ashish Saksena, COO, of ticketing website BookMyShow, K.G.F: Chapter 2 crossed a whopping 2.5 million tickets in advance sales. It is followed by another film from South India, Tamil movie Beast, which has crossed 1.8 million ticket sales on the website.

Neel admits that there was pre-release pressure to live up to the expectations of the audiences.

Having watched the first part, everybody today has their own imagination for the story. They think it should be like this or like that.

"So, the pressure is there for the way they are looking at the story and not the pressure of are we going to make money? From my point of view, I am here to tell a story, I am really hoping people like the story, it has to connect with people, he added.

The massive success of KGF: Chapter 1 made the film's leading man Yash, a Kannada film actor, a household name across the country.

Neel, who made his directorial debut with 2014 Kannada film Ugramm, followed by KGF: Chapter 1, however, doesn't believe in taking credit for the immense popularity that Yash enjoys today.

It is because of all his hard work. Every bit of talent that you ever find, needs one opportunity and that opportunity came through KGF'. If it was not KGF', it would have been something else. The best talent will always show sooner or later.

The film's backdrop may appear violent and harsh and in Neel's words hell on earth but he said that was important to drive Rocky's story forward.

According to the director, the intention was never to impart a lesson on morality to the audience.

He is basically here to fulfil his mother's wish, he will not think about anything else and while he is doing that, if people see goodness in him, I think people will appreciate it. I am not here to make a movie about morality. I am not here to even tell people that violence is a necessity or not a necessity. I am here to tell you the story of this guy.

Sanjay sir, Raveena madam, Rao Ramesh, Eeswari Rao, Prakash Raj they were brilliant on the set. It felt like we were on a picnic because there was no pressure for us to do something brand new.

The director said he only had Dutt in mind for the role of the antagonist, Adheera, in the film.

Casting Sanjay sir was a no-brainer. We had written (about) him before while scripting for the first chapter, but we didn't approach him till it became successful, he said.

For Tandon's role of the Prime Minister, he was looking for somebody who can portray the part in a powerful way.

"I wanted a Hindi speaking person for that. So, there was no other thought than Raveena madam, he added.

Released on April 14, in Kannada, Telugu, Tamil, Malayalam and Hindi, K.G.F: Chapter 2 is produced by Vijay Kiragandur under the Hombale Films banner.