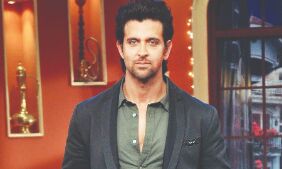 Food delivery platform Zomato's latest advertising campaign, featuring Bollywood actors Hrithik Roshan and Katrina Kaif came under scrutiny on social media. People pointed out that the commercials are 'tone deaf' especially when the poor working conditions of the food delivery staff have come to the fore.

Some have also highlighted how the food aggregator has money to spend on the celebrities, but not to pay their delivery staff. 'Zomato' released a statement clarifying their intentions behind the ads.

The two ads, which have drawn criticisms, have Hrithik and Katrina expressing their gratitude to the delivery executives as they work hard to deliver food to the doorstep of the customers in time.

While one has Hrithik offering a selfie to the delivery person, the other has Katrina offering her birthday cake to him. But, in both the commercials, the delivery man leaves as he has to deliver the next order in time. The campaign is named 'Har Customer Hai Star.'

It further mentioned the 'goals' of the advertisements which were to 'make delivery partners the hero of the ad by highlighting that we should talk respectfully to delivery partners, raise the level of dignity associated with a delivery partner's job, demonstrate the pride which most of our delivery partners serve our customers with and reiterate that every customer is a star for us and no less than Hrithik or Katrina'.

'Zomato' also clarified that the ads were 'well-intentioned' but they got misinterpreted by some people. It also acknowledged the issues of meagre pay, lack of incentives and life security and said that it is working towards making things better for its delivery personnel.

Yet it still is facing the flak of social media users.

One of them responded to Zomato's statement: "Your ad was insensitive and in poor taste and you need to pull them back as soon as possible if you care about feedback."

Another said that the food company should stop giving 'insufficient' explanations and 'make things easier for your delivery workers. Stop exploiting them.