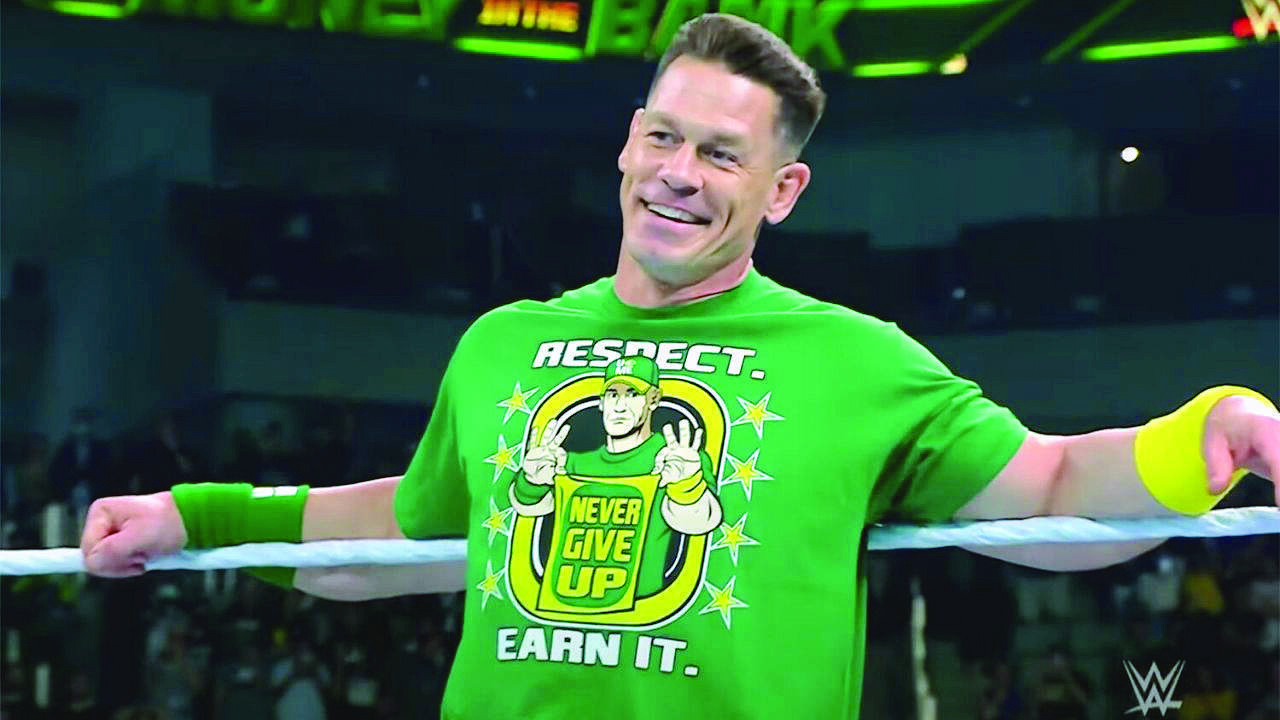 Several Hollywood celebrities responded to the large-scale Russian invasion and the resulting humanitarian crisis unfolding currently in the Eastern European country of Ukraine.

137 people lost their lives in the invasion so far, as per Ukrainian President Volodymyr Zelenskyy.

The most active response by any Hollywood celebrity comes from Sean Penn, who is in Ukraine at the moment working on a documentary on Russian aggression in the country.

Zelenskyy's office shared on 'Facebook', "Sean Penn demonstrates the courage that many others, especially western politicians lack. The director specially came to Kyiv to record all the events that are currently happening in Ukraine and to tell the world the truth about Russia's invasion of our country."

Wrestler-turned-actor John Cena, who is currently best known for playing the role of 'DC' supervillain/anti-hero Peacemaker in the 'HBO Max' series, tweeted, "If I could somehow summon the powers of a real-life Peacemaker, I think this would be a great time to do so."

The Hulk of the 'Marvel Cinematic Universe' Mark Ruffalo keeps himself involved in philanthropy and humanitarian efforts.

"Sending love and good prayers to all innocent people of Ukraine and Russia and Europe who are caught up in this sad and corrosive moment of asymmetrical violence and destruction, especially the young people. You have done nothing to deserve this perversion and obscene spectacle," he tweeted.

Craig Mazin, the Emmy Award-winning creator of HBO's landmark miniseries 'Chernobyl' about the nuclear disaster in Northern Ukraine, commented on the Russian capture of the power plant.

"Awful. The only positive perspective I can come up with is that Putin knows he needs those men and women to maintain the plant because they are the only ones who know how. This is preferable to abandonment. But undeniably a sick method. Science at gunpoint," he wrote.

Jared Leto tweeted, "To my friends and family in Ukraine - my heart breaks that this conflict has escalated in such a devastating way. Please take great care and be as safe as you can. Sending thoughts to you and your loved ones during this chaotic and disruptive time."

Penelope Cruz, who expressed concern for Ukrainian children by sharing a UNICEF post on her Instagram stories, wrote, "More than nothing else, what the children of Ukraine need now is peace."

Stephen King, the author of some of the most popular horror novels of the last few decades, tweeted something that has gone viral.