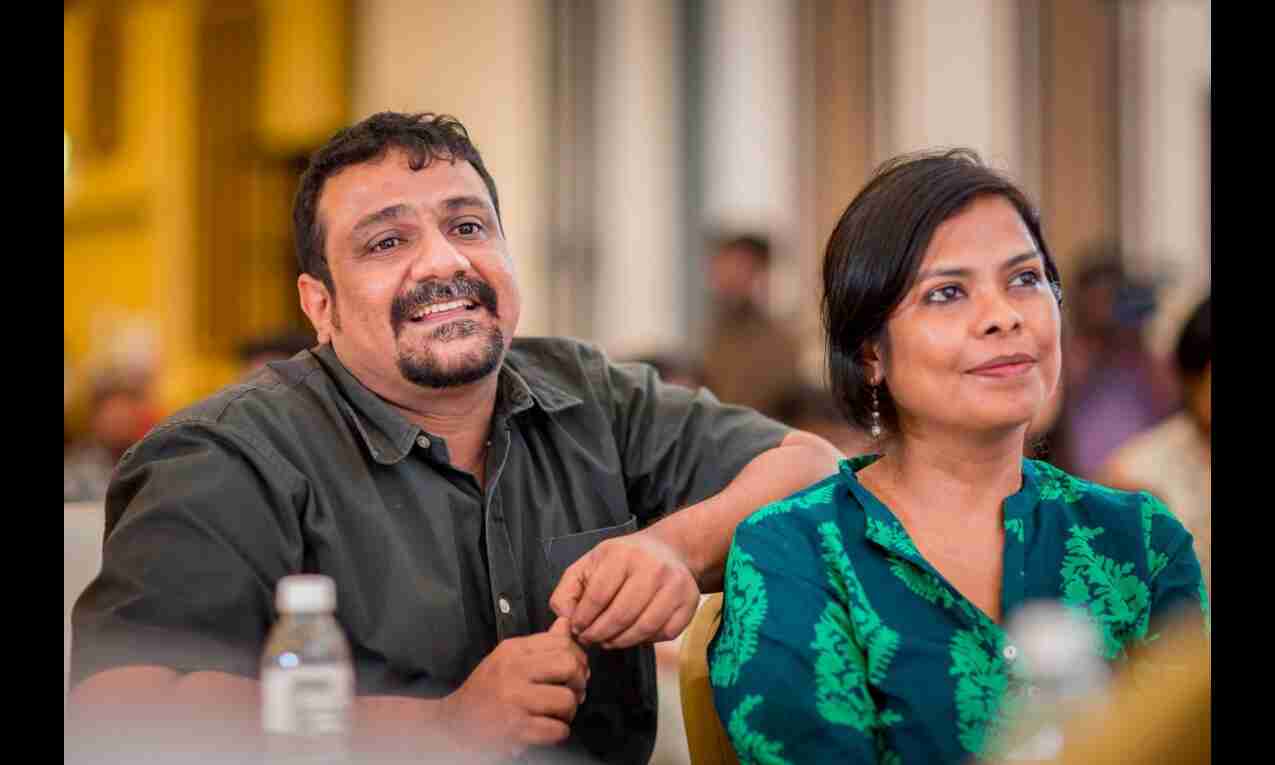 Mumbai: Filmmaker duo Pushkar-Gayatri say they never felt the need to "dial down" their original Tamil hit "Vikram Vedha" for the Hindi remake because the audience is receptive to complicated stories.

The 2017 R Madhavan and Vijay Sethupathi-starrer blockbuster will see a Hindi adaptation of the same name, headlined by Hrithik Roshan and Saif Ali Khan.

"Vikram Vedha" follows the story of a cop, who is on a hunt to nab a gangster. Things take a turn when the gangster voluntarily surrenders himself and tells the officer his back story which challenges his perceptions of good and evil.

Pushkar said the audience has been "underestimated" for too long, but the success of the Tamil film reaffirmed their belief that good stories always get accepted.

"For too long, we as an industry have underestimated the audience. For us, when 'Vikram Vedha' was released in Tamil, I remember that night the big thing was, 'Would people get it? Would people enjoy it?' Somewhere, there has been a positive reaffirmation from that experience," the director told PTI.

Asked if they felt the need to dilute the narrative to reach a wider Hindi audience, he said: "No, not at all".

The filmmaker said it is a false assumption that the audience is not ready to watch complex stories and recalled how "Vikram Vedha" had people coming in for repeat viewings, even after it hit the OTT space.

"The idea that you have to keep it extremely simple for it to connect to a lot of people, that paradigm has changed. Maybe it was never a paradigm at all, it might have been a forced paradigm on the industry. There are more complicated stories that are working now. People are enjoying those. You tell the story well, don't keep it so abstruse that people don't get it. You don't need to simplify your story," he added.

The Hindi adaptation of the film features Roshan as the gangster while Khan stars as the cop.

Gayatri said the attempt with their upcoming feature is to ensure that their work is accessible, but not at the cost of storytelling.

"It is not about dialing it down. It is about not getting too carried away and making it indulgent to the point that a person in a cinema hall can't enjoy the experience. That treatment is important," she added.

Though the film, gearing up for a September release, is a remake of their own hit, Pushkar said they were not "obsessed" with their original work.

"Way too many creators get obsessed with their work. For us, it was still about story and storytelling. We work for the scene, story and everything falls into place. We are trying to tell a story, not doing a piece of painting, sculpting something for yourself," he added.

The duo is currently awaiting the release of their Tamil Prime Video series "Suzhal- The Vortex", which they have written and created. The series will premiere on the platform on June 17.