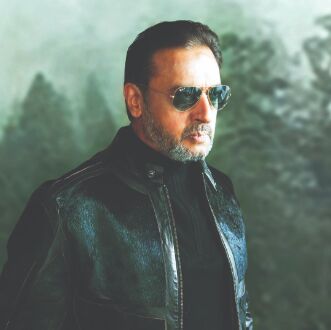 Gulshan Grover said that even though he was fired from 'Casino Royale' - he was cast as the villain Le Chiffre in the film, Daniel Craig's first as James Bond - he cannot be kept away from playing an antagonist in a 007 movie for too long.

"One day I will play a Bond villain, I'm sure," he told RJ Siddharth Kannan in a new interview.

This is not the first time that Gulshan Grover has spoken about this incident. He had previously told 'Rediff' that because of his inability to keep a lid on his casting and the fault of a gossipy friend, the news leaked in the British press, which upset the Bond producers.

Asked if this was a rumour, Gulshan Grover said that the story is true.

"I had signed the agreement. 'Casino Royale' was the film. I shared the news with one of my closest friends in London. The biggest newspaper, the 'Daily Mirror', ran a story with the headline 'Bollywood's Bond villain'. Everything that I had said the previous night had been printed. That upset everybody. They said I had not respected the contract and various other things happened, and I had to leave," he said in the interview.

Previously, the actor had identified the role he was up for as none other than Le Chiffre, the primary antagonist of the film. The character was eventually played by Danish actor Mads Mikkelsen.