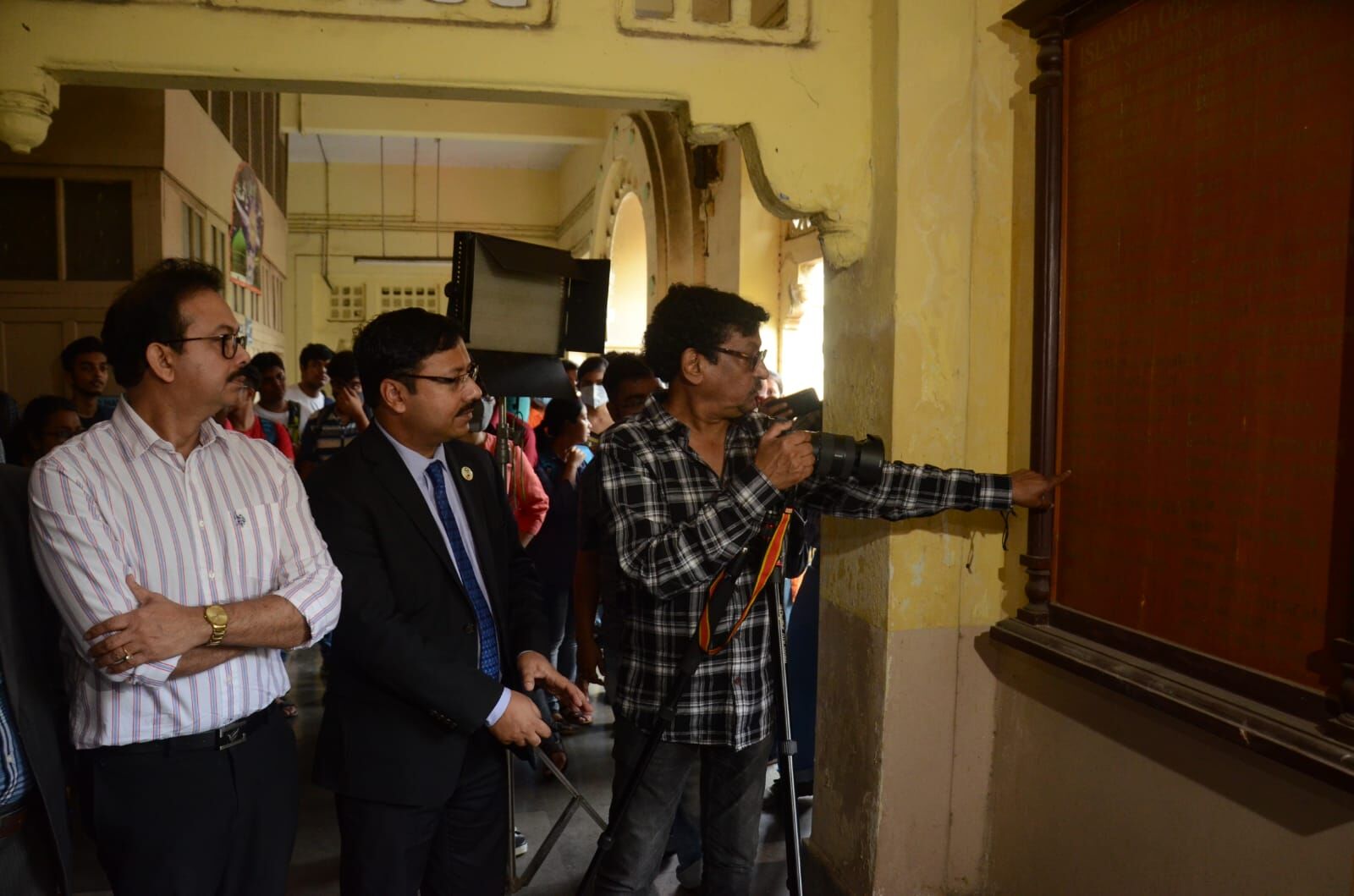 Calcutta played a major role in Bangabandhu Sheikh Mujibur Rahman's life. Few years of his young adulthood that transformed him from a college-goer to a firebrand politician, and his charisma that mesmerised the world, was built intricately by the City of Joy. Mujib has mentioned about his days in Calcutta in his autobiography. His days at the Maulana Azad College, Baker Hostel, his proximity to Huseyn Shaheed Suhrawardy the third and last Prime Minister of Bengal, his days at the Park Circus and Alimuddin, his fiery speech at the Brigade ground years later, his community activities during the Great Calcutta Killings of 1946 – Calcutta got entangled with his identity.

The shooting of this 30-minute documentary film 'Kolkatay Bangabandhu' directed by National Award-winning director Goutam Ghose, has officially begun from April 4, 2022 at the historic Maulana Azad College campus and at the Baker Hostel in Kolkata. Recently, a tripartite Memorandum of Understanding was signed at the Bangladesh Deputy High Commission between Goutam Ghose, Vice President of Friends of Bangladesh Satyam Roychowdhury and Deputy High Commissioner of Bangladesh in Kolkata Toufique Hasan.

Ghose's lens will capture Mujib's birthplace Tungipara in Bangladesh, his Dhanmondi residence in Dhaka, interviews of many eminent personalities in India and Bangladesh, and several historic documents.

At the press conference at Maulana Azad College, Goutam Ghose, flanked by Deputy High Commissioner of Bangladesh in Kolkata Toufique Hasan, Vice President of Friends of Bangladesh Satyam Roychowdhury and Principal of Maulana Azad College Dr. Subhasis Dutta, got nostalgic as he reminisced about being awestruck as a 22-year-old witnessing Bangabandhu delivering the fiery speech at the Brigade grounds, in 1972. Ghose said, 'I stood amidst a multitude of people as I looked at Bangabandhu from far away, but his deep, brave voice touched me inexplicably. Fifty years later today, I feel privileged to have got the opportunity to make a documentary on the greatest Bengali of all times.'

Satyam Roychowdhury said, "While working on my literary tribute Bangabandhu For You, I came to know many facts about Mujibur Rahman's relationship with Kolkata. The PM of Bangladesh Sheikh Hasina has also expressed her wish quite a few times that a film on Mujib's days in Calcutta be made. I am very happy that finally this film is being made, and by none other than a maestro like Goutam Ghose.'

Toufique Hasan too expressed his joy, "This work was long pending, since we began celebrating the birth centenary of Bangabandhu in 2020. But finally the shooting has begun, and I feel ecstatic that we will get to watch a brilliant film."