GoT's prequel 'House of the Dragon' to release in 2022 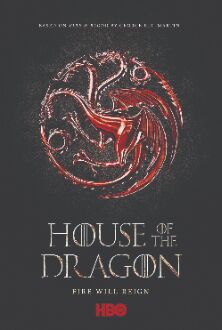 HBO Max unveiled a teaser trailer for its hugely anticipated 'Game of Thrones' prequel 'House of the Dragon' with an expansive cast at its European launch event on October 5, reported 'Variety.com'.

The American fantasy drama series 'Game of Thrones' acquired an international cult following after it ran for 73 episodes across eight seasons between 2011 and 2019.

'House of the Dragon', based on 'Fire and Blood', the 2018 novel of George R R Martin, is set 200 years before the events of 'Game of Thrones' and tells the story of the House Targaryen and the Targaryen civil war that became known as the 'Dance of the Dragons'. Martin, incidentally, is also the author of 'A Song of Ice and Fire' fantasy novels, which inspired the 'Game of Thrones' series.

'Variety.com' reports that the series, co-created by Martin and Ryan Condal and slotted for a 2022 launch, has been given a 10-episode order by the network. The trailer, which features snippets of fight sequences and jousting, has a voiceover from Prince Daemon Targaryen, played by Matt Smith, who says, "Gods, kings, fire and blood. Dreams did not make us kings - dragons did."

Smith, who is best known for reprising the Doctor in the BBC series 'Dr Who', will be familiar to followers of 'The Crown' as the young Prince Philip.