GOT, Money Heist among 'Greatest TV series of 21st Century' 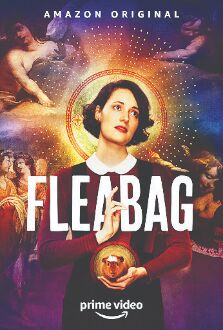 Game of Thrones' might have not given fans the expected closure, but it has managed to find a place among the '100 greatest TV series of the 21st Century' curated by 'BBC Culture'. 'GoT' shares a slot along with other popular names like 'Fleabag', 'The Crown', 'Stranger Things', 'Narcos', 'Chernobyl' and 'Schitt's Creek'. The Spanish series 'La Casa De Papel' or 'Money Heist' has got a place in

the list even before its finale that is set to air in December. One of the longest-running American shows 'Grey's Anatomy' also finds itself on the list.

The list is topped by 'HBO' series 'The Wire' starring Dominic West, John Doman, Idris Elba, Frankie Faison and others. The series first debuted on 'HBO' in 2002 and ran till 2008. While period drama 'Mad Men' is at the second spot, 'Breaking Bad' finds itself on the third spot.

'BBC Culture' tweeted the list with the text, "These are the '100 greatest TV series of the 21st Century', as voted for by 206 critics from 43 countries."

The annual poll by 'BBC Culture' is conducted by film critics and industry experts from around the globe, who pick the best titles in a particular category. Though previous years saw listicles like greatest films directed by women and best non-English language movies, the curators decided to turn the

spotlight on TV shows in 2021. This, keeping in view the role played by the small screen in the last two years during the Coronavirus