'Gauri Nath is an unpredictable character'

Shefali Shah, who stars in Disney Hotstar's 'Human', explains what kind of surprises were in store for her while prepping to play the vicious doctor on-screen 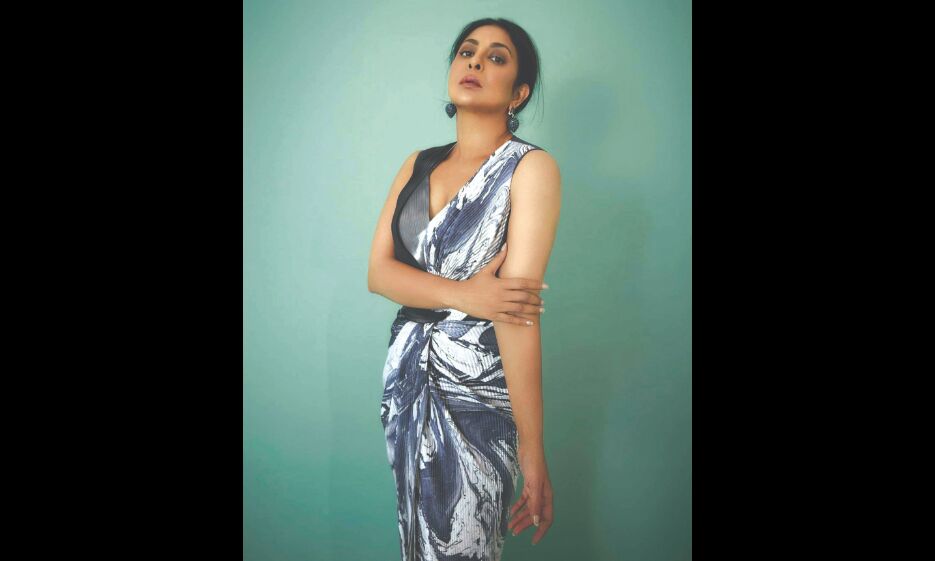 Ever since Disney+ Hotstar's 'Human' got released, it has been getting rave reviews and appreciation from critics and fans alike. From the mind-blowing performances to the spine-chilling climax, Vipul Amrutlal Shah's directorial has undoubtedly kept the viewers hooked.

The character that shocked all was that of Dr Gauri Nath, played by Bollywood actor Shefali Shah. She smoothly gave it all to a character with complex, disturbing psychology, who toyed with the lives of innocent patients.

In an exclusive conversation with 'Millennium Post', Shefali talked about her experience of portraying a vicious character, her initial thoughts when approached for the role and more.

To watch Shefali Shah playing Dr Gauri Nath has been a new experience for the audience, but it was even more shocking for the actor to play such a character for the first time.

"Playing Dr Gauri Nath was not only a thrilling experience but also an exciting and crazy journey for me. To push myself out of my comfort zone, I did not do anything - Gauri Nath did all the work for me," she said.

She added, "Gauri Nath brilliantly took over an entire room of people with her power and aura. It was like 'Veni, Vidi, Vici' - she came, she saw, she conquered. She is one of those characters in the series."

"I cannot exactly explain step-by-step the prep I did for my character. I simply read the script, I got into her mindset and yet it cannot explain one-tenth of how I did my part. I just could not stop thinking or obsessing over Gauri Nath. In every word, movement and scene, I questioned myself as to how I must prep up for the role. Finally, I let Gauri Nath lead me and she took form on the screen," said Shefali while sharing her preparation for essaying the vicious doctor.

She further revealed, "Gauri Nath is an unpredictable character because of the way she talks. Her voice, the pace of talking, and the manner in which she moves are different. And of course, her mind is truly unmatchable. So, you do not know what is going to happen next or how she is going to react. That is exactly what started happening with me - I would do a scene and

she would surprise me. When I played her, I thought of a scene in a certain way and it just went somewhere else! So, it is very difficult to explain what kind of prep should be done for an unpredictable character like Gauri."

Shefali's initial thoughts, when approached for the role of Gauri Nath, were 'scary', said the actor.

"My first reaction, without blinking an eye, was that I read the entire script in a row of 10 episodes and then I told Vipul that I want to do it. Initially, I thought the script was extremely strong, gritty, true to life, scary, eye-opening and spine-chilling. For me, Gauri Nath was a never-played before character that could turn out to be a character nobody has ever seen on the Indian screen. That is why I chose to be a part of 'Human'," she revealed.

But when it came to playing Gauri Nath, the 'Ajeeb Daastaans' star did not do it by rules. Rather, she chose to give her strong-headed character an emotional twist.

"Gauri Nath was written like a lioness - she is strong, ambitious, aggressive and self-obsessed with a complex. Had I played her that way, it would have been a safe bet. But the more I read it, I started thinking, 'What happens when a person with this kind of a mind is fragile, demure, soft-spoken and almost vulnerable? How exciting would that be to bring such a dark and convoluted mind into a physical form which is just not matching?' It is a complete juxtapose of body and mind. So that was a thought I came up with. I spoke to the directors and told them that this is the way I want to approach. And they were very supportive and excited with this new outlook of the character. We all knew it was a risk we were taking, but it worked brilliantly!" she said.

Over the years, this brilliant actor has played some of the best and most loved characters. Shefali believes that happened because the mindsets of filmmakers are changing and a variety of content is being shown on OTT platforms.

"Viewers were always ready for a change, but we underestimated them. I'm not saying they are not interested in commercial films with a regular naach-gaana and maara-maari, but they are also very much interested in watching serious topics. Also, when I say a serious topic, it does not necessarily need to be portrayed seriously. It can be a serious topic, but shown in a humorous manner. So yes, I think the audience has always been ready and more so now since OTT came into our lives, we are introduced to a world cinema," she said.

She further added, "More than the competition, the main question now is at what level we are trying to create and show. It is not just about making our neighbouring states or the entire country show what we have created, the aim is to make the whole world watch it and that is the level we should try to reach. So that, I think, is the whole thought process of the filmmakers these days. As for the audience, their mind is truly wide when it comes to watching new content, but we did not give them enough."

Now that the actor is offered roles she has always wanted to play, she feels 'blessed' with this great change in her life.

"When 'Delhi Crime' became a game-changer, I began to get the kind of work I always dreamed of doing. Now that I get to play leads or parallel leads with brilliant scripts and plots, I just feel blessed. This is the kind of work I have always wanted to do! It has been a long wait, but finally, it has been a great change for me and I'm so thrilled about it," she said in the end.