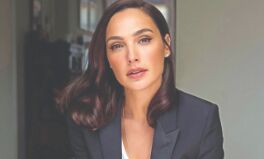 Wonder Woman' star Gal Gadot has detailed director Joss Whedon's behaviour during the reshoots for the 'Warner Bros' film 'Justice League' and revealed how he 'threatened' her career.

While Gadot has described her experience with Whedon in the past, she has never gone into the details about what transpired on the set of the 2017 superhero movie. Whedon was brought in by the studio for the reshoots and rewrites on the film when original director Zack Snyder stepped down during post-production following the death of his daughter.

In an interview with 'Elle' magazine, Gal Gadot said she immediately told people that things were not okay.

"Oh, I was shaking trees as soon as it happened. And I must say that the heads of 'Warner Brothers' took care of It," she revealed.

She added, "You are dizzy because you cannot believe this was just said to you. And if he says it to me, then obviously he says it to many other people. I just did what I felt like I had to do. And it was to tell people that it was not okay."

The actor, who is awaiting the release of the 'Netflix' action film 'Red Notice', said she had a strong sense of