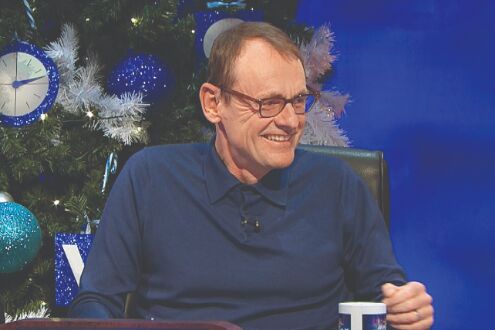 British comedian Sean Lock passed away at the age of 58. Lock's agency confirmed the news to 'The Guardian' on August 18, saying that the late comedian died at home surrounded by his family after a long battle with cancer.

According to 'People', his agent said, "Sean was one of Britain's finest comedians as his boundless creativity, lightning wit and the absurdist brilliance of his work marked him out as a unique voice in British comedy."

Lock started his career as a stand-up comedian in the 1990s and made his television debut in the 1993 series 'Newman and Baddiel in Pieces' with Rob Newman and David Baddiel and subsequently toured with them.

Lock also created his own 'BBC 4' radio program '15 Minutes of Misery in 1998, which was subsequently, extended into the TV series, '15 Storeys High'. He was nominated for a 'Perrier Comedy Award' and won the 'British Comedy Award' for 'Best Live Comic' in 2000.

Following his demise, his colleagues paid homage to him on social media.

He added, "I loved him. I'm watching clips of him right now - laughing and crying. I will miss him so much."

With whom Lock collaborated throughout his career, Bill Bailey described the former as his 'dearest friend'.

"It is heartbreaking to lose my dearest friend Sean Lock. He was a true original and a wonderful comic," he penned.

Actor-comedian Ricky Gervais also wrote, "RIP the great Sean Lock. He was one of the funniest and most influential comedians of a generation. He was a lovely man."