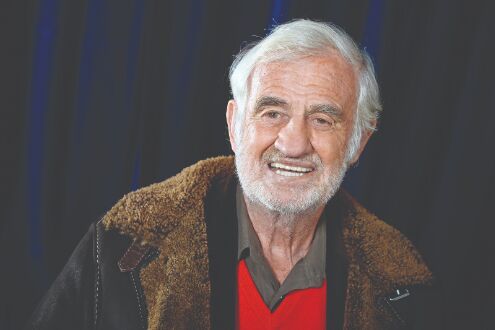 Jean-Paul Belmondo, who rose to worldwide prominence in Jean-Luc Godard's new revolutionary wave masterpiece 'Breathless', died at the age of 88. The demise of the French actor was confirmed by his lawyer, Michel Godest, although no cause of death was given.

Belmondo, who passed away at his Paris home, was the cool rebel of Jean-Luc Godard's 1960 cinematic masterpiece 'A Bout de Souffle'. His gloomy portrayal as a doomed burglar and Humphrey Bogart admirer struck a chord, earning him the moniker 'Gallic James Dean'.

Later, he abandoned arts film to become a very bankable commercial actor who was equally at home in comedy and drama. According to 'The Guardian', Jean-Paul Belmondo was born on April 9, 1933, in Neuilly-sur-Seine, a Paris suburb, the son of artist Paul Belmondo, whose sculptures may be seen in numerous Parisian parks.

Belmondo, determined not to be stereotyped, took on more challenging parts such as the idealistic intellectual in Vittorio de Sica's 'La Ciocara' in 1961 and the young rural priest in Philippe de Broca's swashbuckling 'Cartouche' the following year. He also had comedic parts including one in Godard's 'Une Femme is une Femme' and one in De Broca's 'L'Homme de Rio', in which he portrayed a suave, unflappable secret agent.

By the mid-1960s, he had fully shifted to the commercial mainstream and established his own production company 'Cerito'. Interestingly, his charisma and seeming disdain for whatever absurdities were going on, on film drew viewers both at home and abroad. 'Empire' magazine also named him one of the '100 Sexiest Stars in Film History'.