'Flag Day is going to have a theatrical front' 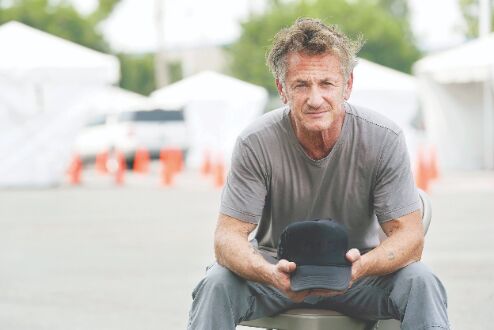 Sean Penn is sort of done with movies. He is still making them. But Penn is mostly seeing out commitments he made years earlier. After those, he is not so sure how much more he is going to be acting or directing.

All of that makes 'Flag Day', a new film Penn directed and co-stars in, a rarity for a once voracious actor who in the past decade has been a co-lead in only a few movies. In the father-daughter drama, which 'MGM' will release on August 20 in theaters, Penn plays a larger-than-life but often absent and sometimes imprisoned father to daughter Jennifer (played by Penn's daughter Dylan Penn).

He added, "I, as an audience, can be very into some of the things that are only streaming. To act in something, you take it in a certain stride. But as a director, the way I have always put it is – it is not the girl I fell in love with."

Penn increasingly sounds like someone for whom the romance of movies has faded. He misses Hollywood films that are not 'just razzle-dazzle, Cirque du Soleil movies'.

On 'Marvel' movies, he laments 'how much it has taken up the space and claimed so much time in the careers of so many talented people'.

Arguing that today he would not be allowed to play gay icon Harvey Milk (2008's 'Milk'), Penn recently said that soon only Danish princes will be playing 'Hamlet'.

Penn's generally well-regarded directing career (including 1995's 'The Crossing Guard' and 2001's 'The Pledge', both with Jack Nicholson and 2007's 'Into the Wild') has lately been rockier.

"I have been on such extreme ends on that. It is like whatever. The thing is I am confident that I know as much more about acting than almost any of these critics. I'm very confident in the performance I'm most concerned about," he shared.