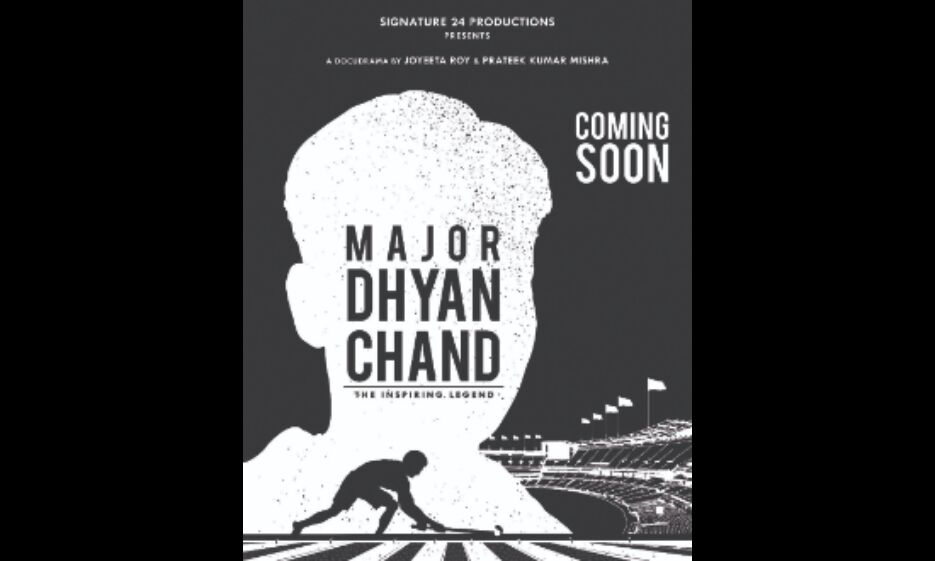 New Delhi: On the 116th birth anniversary of Major Dhyan Chand, the first look of a documentary film on the hockey legend was revealed.

Producer and entrepreneur Joyeeta Roy and Prateek Kumar Mishra, who have been working on a digital campaign to demand the Bharat Ratna award for Dhyan Chand, are developing the docudrama, which focuses on the early life and struggles of the hockey wizard.

The duo has released the first poster for the documentary, titled 'Major Dhyan Chand'. It shows the hockey wizard overlooking the Hockey Stadium of the Olympics and practicing hockey barefoot on the railway tracks in the foreground.

Roy said that she often feels saddened by the fact that the country's youth is unaware of Dhyan Chand's life and legacy.

"Black and white colour combination has been used in the poster to signify the conflicting facts and truths that we want to bring out through this docudrama and questions about the legend and our national game hockey to the audience," said Roy.

She added, "It is highly saddening that a lot of facts about the legend are not known to the youth of today! I have even heard amazing and inspiring stories of the legend practicing hockey on the railway tracks."

Roy further said that with the official poster, she wanted to showcase the dedication Dhyan Chand had for the game and the love for the country.

Mishra said 'Major Dhyan Chand' is not a biopic of the legendary player.

"It is going to be a documentation of the emotions and inspiration revolving around the Indian tricolour, hockey and the hockey wizard! A lot of questions need clarification. This docudrama is to demand an answer and inspire the youth to carry the legacy of the legend ahead," said Mishra.

The pre-production of the documentary began recently. Filmmaker Neil Dasgupta is also attached to the project.

The producers plan to release the documentary on December 3, on the 42nd death anniversary of the legend.