First Indian to perform at London's Royal Albert Hall in 1974 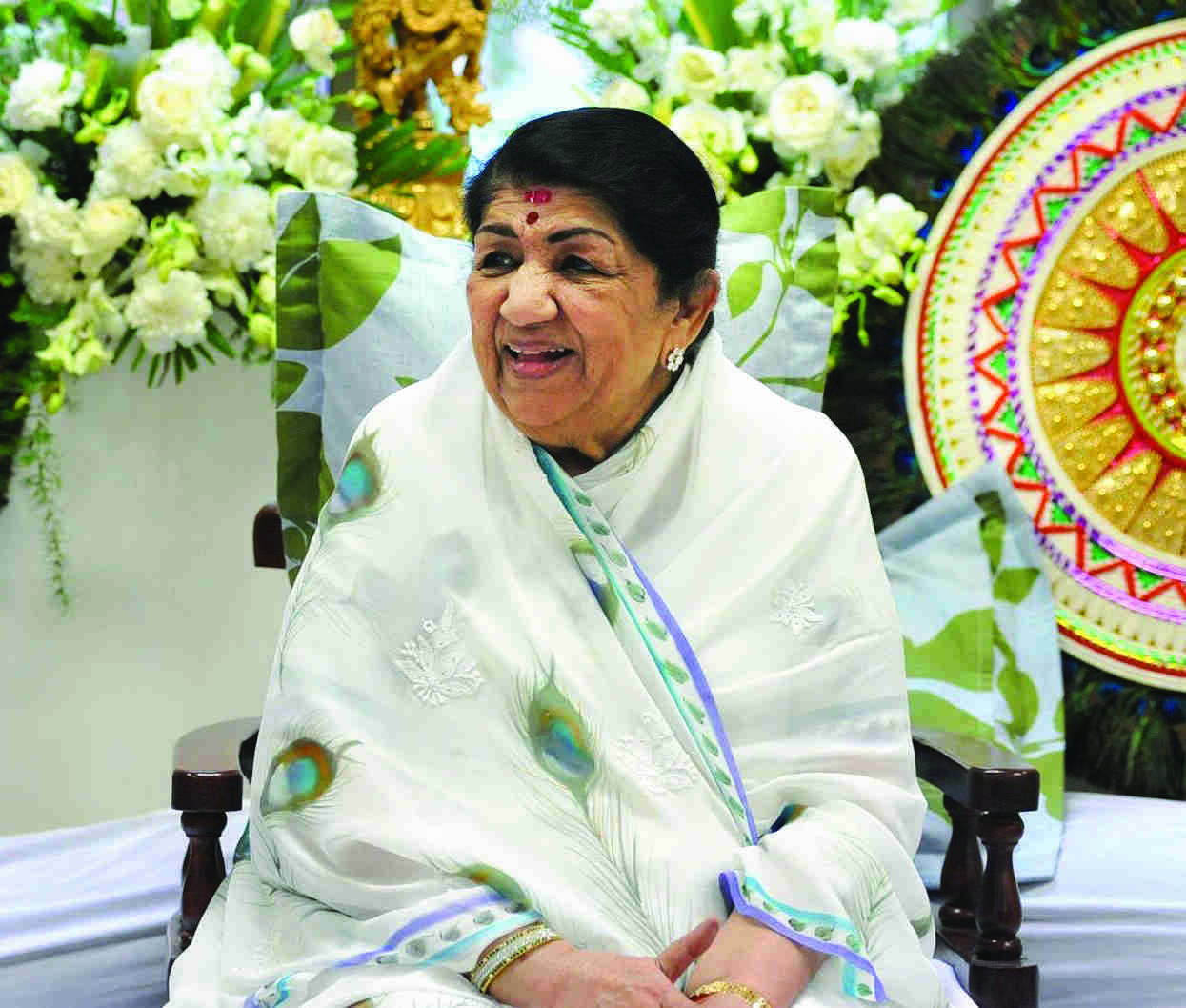 London: Lata Mangeshkar, known as the Nightingale of India, holds the distinction of being the first Indian artist ever to perform live at London's iconic Royal Albert Hall.

The legendary singer, who passed away aged 92 in Mumbai on Sunday, chose the UK venue for her debut on the international stage in 1974

where she performed some of her most loved melodies to a packed audience.

This is my first concert outside India. I was quite nervous, but I am grateful for the warm reception, she said in her brief speech in Hindi.

During the course of the show, she shared her memories of singing with her Bollywood contemporaries, such as Kishore Kumar and Hemant Kumar, and performing with leading musicians, such as S.D. Burman and Naushad. She displayed a quirky sense of humour as she shared anecdotes with the audience.

The sell-out concert was introduced by actor Dilip Kumar, whom she referred to as her brother Yusuf Bhai.

Just as the fragrance of a flower has no colour, just as flowing water or the breeze have no boundaries, and just as the rays of the sun have no religious divide, the voice of Lata Mangeshkar is just such a miracle of nature, said Kumar, or Yusuf Khan, in his famous introductory speech in Urdu, before he encouraged the audience to welcome the singer on stage with resounding applause.

The concert, which remains one of the late singer's rare performances with a live orchestra, was organised in aid of the Nehru Memorial Fund, set up to bestow fellowships in memory of India's first Prime Minister.

The show covered Mangeshkar's biggest Bollywood hits over the decades, including Aaja Re Pardesi' from Madhumati', Inhin Logon Ne' from Pakeezah' and Aayega Aanewala' from Mahal'.

The recording from the live show, set in two volumes of long-playing records (LPs), went on to sell more than 133,000 copies.

Royal Albert Hall, inaugurated in 1871 by Queen Victoria in memory of her late husband Prince Albert, is one of the UK's premier concert venues which has played host to world-famous artists over the years. It forms part of Albert Memorial at Kensington Gardens in central London and also hosts important sporting events and award ceremonies.

"The world's leading figures in music, dance, sport and politics have appeared on our stage since we opened in 1871, and now over 1.7 million people enjoy live experiences here every year, with millions more experiencing our events through broadcasts, recordings and new media channels," according to the website of the Royal Albert Hall.