Filmmaker Ravi Tandon passes away at 87 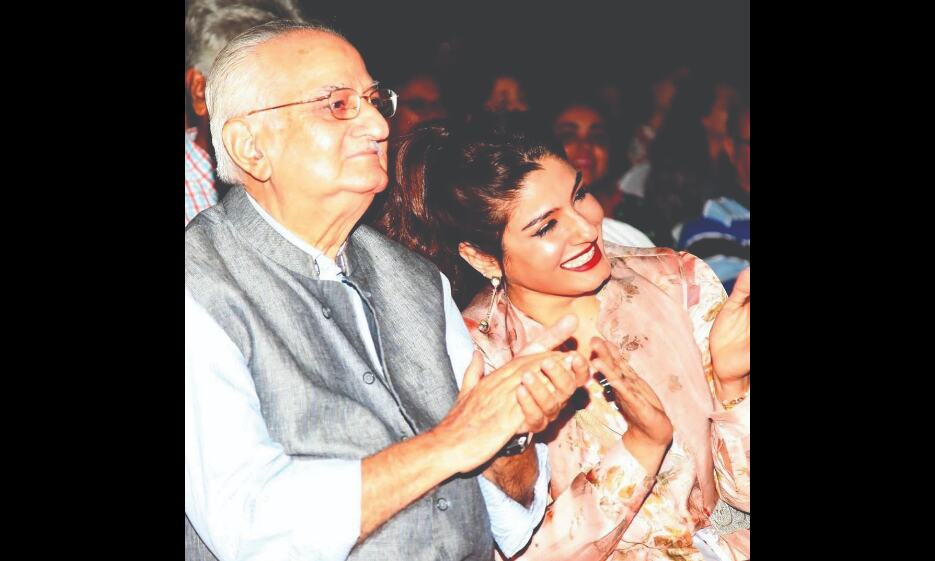 Noted film director-producer Ravi Tandon, known for directing Amitabh Bachchan's 'Khuddar' and Rishi Kapoor-Neetu Kapoor's 'Khel Khel Mein', died in the wee hours of February 11 at his residence in Mumbai. He was 87.

Ravi Tandon, the father of Bollywood actor Raveena Tandon and Rajiv Tandon, passed away due to respiratory failure.

"He was suffering from lung fibrosis for the past few years. Today he passed away due to respiratory failure at 3:30 am," said a family member.

Raveena, 47, shared a heartfelt tribute to her father on 'Instagram'.

"You will always walk with me. I will always be you. I'm never letting go. Love you, papa," she wrote alongside a series of pictures with her father.

Actor Juhi Chawla wrote, "Heartfelt condolences to you and your family Raveena. May his soul rest in peace Om Shanti."