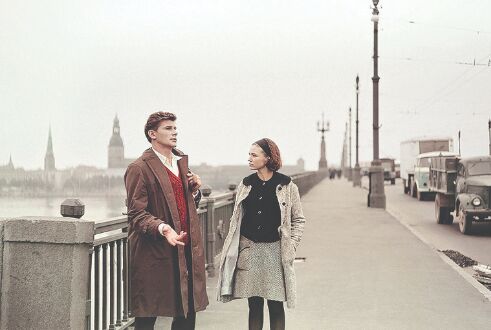 Habitat World at India Habitat Centre has revealed the list of their upcoming events that are sure to leave you excited.

First on the list is a film festival. The Centre has collaborated with the Latvian Embassy for Latvian Film Festival. Films to be screened, comprising of selections from Cannes, Oscar entries, and National Award-winners, are a rich curation to not only discover cinema from Latvia but also stimulate the audiences' visual imagination. The first film from the festival, 'Blizzard of Souls' (2019) is a surreal war in all its glory, graced by an outstanding music score. It will be screened on October 13, at 7 pm. 'Four White Shirts' (2018) with its representations of the '60s-hippies, 'The Beatles' and 'A Hunger for Freedom' are Cannes Classics. 'Manny' (2020) with its Indian protagonist ties viewers with their common desires, ambitions, struggles and ways of living. The aforementioned movies will be screened on October 14 and 15.

Nicholas Hoffland's Western Classical Music Walks are also back at Amaltas. This week he takes peeple through the composers who wrote the waltzes to which the world dances in Just Waltzing Through.

Their online calendar continues with the weekly staples and some new ones. In this period of propitiating mother goddesses (the Navratri), the next episode from the Mohan Khokar Dance Archives presents important women dancers of India who created lasting institutions such as Rukmini Devi Arundale. Based on materials from the famed Mohan Khokar Dance Collection, the next two films feature Nari Shakti. Mohan Khokar was also the first male student of Kalakshetra, from North India, in 1945. Rare documents, letters, brochures and posters make this film memorable. It was first premiered at Kalakshetra itself 5 years ago.

The third lecture of the series, 'Glimpses of Culture' with Benoy K Behl, art historian, filmmaker and photographer, is woven around the film 'Indian Roots of Tibetan Buddhism', which reflects on the vibrant intellectual climate at Nalanda. It will be held on October 16, 6 pm.