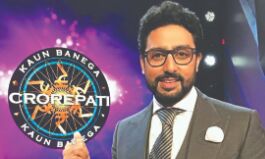 Abhishek Bachchan has played diverse characters in his career spanning almost two decades. While some portrayals received praise, others did not go down so well with the audience.

The Bollywood actor, who was already struggling under the pressures of being Amitabh Bachchan's son, made his debut with 'Refugee', a project that he now feels that he was rather unprepared for.

Asked about the mistakes he feels he has made in his career, Abhishek told RJ Siddharth Kanan, "One of the very few regrets that I have is that when I made my debut, I felt that I was not prepared to work with the great JP Dutta. You get to work with such an honoured director on your first film, you need to be prepared for that challenge and that honour. I should have been more prepared for him. I could have been better. I felt I was very underprepared as an actor for JP Saab. He is family and I love him."

"But this was also learning. If I had been so prepared at that time, I would have never learned anything as an actor. It is not how you start, but how you end. But your start determines a large part of how you are going to end. Because my start was so shaky from the preparation perspective, it pushed me to pull up my socks," he added.

Abhishek Bachchan will next be seen in the 'ZEE5' film 'Bob Biswas'.