'Felt it was the right time to tell the story' 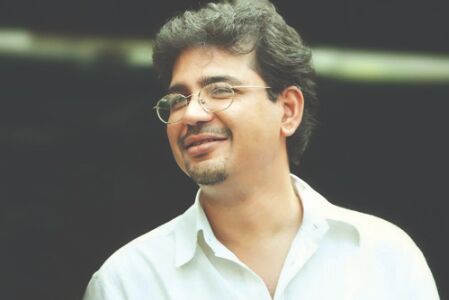 Mumbai: The coronavirus pandemic triggered the feeling of isolation in people, something which served as the perfect backdrop for the upcoming crime thriller 'Dial 100', says the director of the film Rensil D'Silva.

The events in the movie unfold overnight as police officer Nikhil Sood, played by Manoj Bajpayee, gets a call on the police helpline from a woman (Neena Gupta), who wants to commit suicide. As secrets from the past are revealed, Nikhil races against time to save his family.

The germ of the idea for 'Dial 100', which takes its title from the police emergency service number, stems from the personal experience of the writer-director when he was in the advertising industry in the 1990s.

"I had spoken to a writer, who was trying to meet me and couldn't. One night he got drunk and said to me over the phone 'you don't value talent'. And that he doesn't want to meet anyone as the world doesn't understand him.

"He said he was going to burn all his work and when the last paper burnt he was going to kill himself. I got worried and told him ''Don't do this'', but he slammed the phone. Next day, I tried to look for news about someone jumping. But I never found out what happened later," D''Silva, known for helming the film 'Kurbaan' and TV series '24', said in an interview.

The phone call set the tone for 'Dial 100', he said, adding that the concerns around mental health struggles amid the coronavirus pandemic compelled him to weave a plot around it.

"I didn't get the story that time. Around last year, because of the pandemic I was listening to people feeling isolated, depressed, there were talks about mental health issues. The story came and I felt it was the right time to tell it," he said.

"The challenge was to tell the story and something more about mental health... I try to find projects that challenge me on various levels."

As part of his research for the film, the director said he studied the kind of calls the emergency call centre received and how they were addressed.

"They have trained officers, who know how to deal with such calls. There is a strategy. I found this world interesting," he said.