Felicitating tribal women in the field of livelihood generation 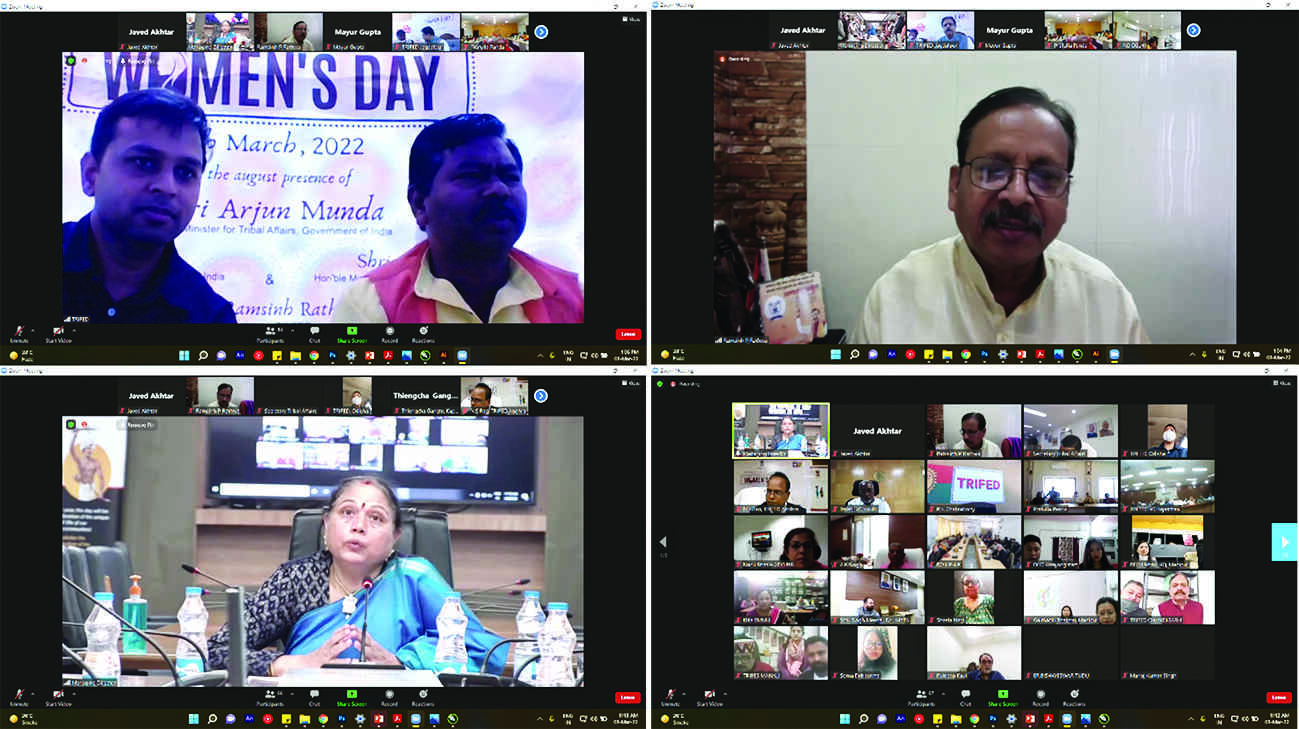 Over the past few years, International Women's Day has been celebrated to commemorate the achievements of women in all spheres. This year, keeping in line with the 'Azadi ka Amrit Mahotsav', TRIFED celebrated this momentous occasion in the presence of Bishweswar Tudu, Minister of State for Tribal Affairs, Anil Kumar Jha, Secretary, Tribal Affairs and Ramsinh Rathwa, Chairman, TRIFED.

The celebration's focus was on initiatives and programmes that showcase tribal women artisans and 'Van Dhan' beneficiaries from across the country and their contributions towards enhancing livelihoods.

sisters. Their struggles and the determination with which they have overcome this and taken a few steps towards securing the future and livelihoods of their families and community is inspirational," he said.

He also stated that 'the Ministry of Tribal Affairs would extend its support and cooperation to TRIFED in its endeavour to enhance the livelihoods of tribals of India.'

"Today is an occasion where we salute the indomitable power of women - Nari Shakti - and it makes me happy that TRIFED has chosen these remarkable women from among our tribal communities and is recognising their spirit," commented Anil Kumar Jha.

He further stated that 'the Van Dhan Yojana is a significant scheme of the Ministry aimed towards empowering tribal population, especially its women through livelihood generation enhancement.'

Ramsinh Rathwa interacted with the tribal women achievers about their struggles, challenges and experiences.

"Celebrating and recognising achievements of women should not be limited to just one day. However, it makes me feel very proud today that I am here with my tribal sisters today and celebrating their achievements with them," he said.