Farmers halt the screening of 'Sooryavanshi' in Punjab 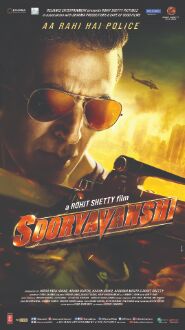 On November 6, a group of farmers protesting the central farm laws forced five cinema halls in Hoshiarpur, Punjab, to stop screening Akshay Kumar-starrer 'Sooryavanshi'. Some of them tore posters of the movie put up outside the theatres, saying they were opposing the actor for not supporting their protest.

Activists of the Bharti Kisan Union (Kadian), led by the outfit's district president Swaran Dhugga, staged a demonstration and a protest march from the local Shaheed Udham Singh Park to Swaran cinema against the screening of the movie.

The protesters added that they would not allow screening of his movies until the farm laws are repealed.

Hundreds of farmers are encamped at Delhi borders since November 2020 demanding that the government repeal the three agri laws - Farmers' Produce Trade and Commerce Act, 2020; Farmers' Agreement on Price Assurance and Farm Services Act, 2020 and the Essential Commodities Act, 2020.

'Sooryavanshi' faced yet another problem as it got leaked online within a few hours of the theatrical release.

The film was leaked on several movie download websites like 'Tamilrockers' and 'FilmyZilla' along with a few piracy sites, torrents and some Telegram channels who have uploaded the film's download link, that too in full HD format.

This online leak of the film in such a short time will frustrate the makers. Many movie buffs, who used to enjoy first-day first shows, are still not comfortable with stepping out and watching films in theatres because of the COVID-19 pandemic.