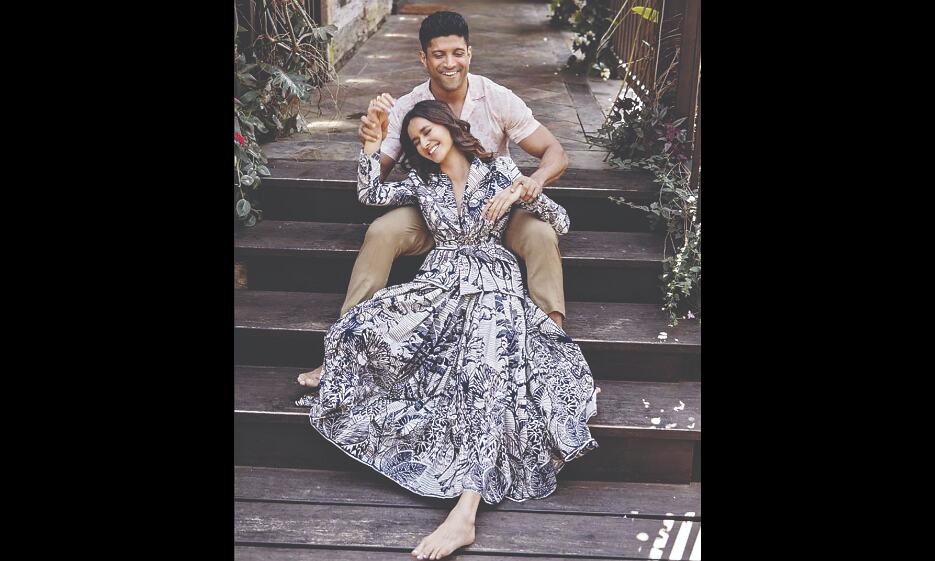 The wedding festivities of Farhan Akhtar and Shibani Dandekar began on February 17 with a Mehendi ceremony. Farhan's home was all decked up for the pre-wedding festivities. Several photos of his Mumbai home were shared on social media. Shabana Azmi was seen at the terrace of the actor-filmmaker's home.

Rhea Chakraborty, who shares a close bond with Shibani, was spotted arriving at Farhan's house. Later, she was also seen waving at the paparazzi from the terrace of the filmmaker's house.

A few videos on the couple's fan pages on social media had the guests giving dance performances.

Farhan will be reportedly tying the knot with Shibani in a traditional Maharashtrian wedding on February 19.

The couple will then register for their wedding on February 21.

Earlier, Javed Akhtar had confirmed that his son's wedding will be a simple affair. He told a leading daily that the preparations of the wedding are being handled by the planners. Javed further shared that everyone in the family likes Shibani, adding that she and Farhan get along well.

Farhan Akhtar and Shibani Dandekar reportedly started dating in 2018. Though they never talked about their relationship,

they often shared photos of each other on social media. On her birthday in August last year, Shibani even got a tattoo with Farhan's name on her neck.

Farhan was earlier married to hairstylist Adhuna Bhabani. They have two daughters together, Shakya (21) and Akira (14).