'Fame Game is applicable to every movie star in the world' 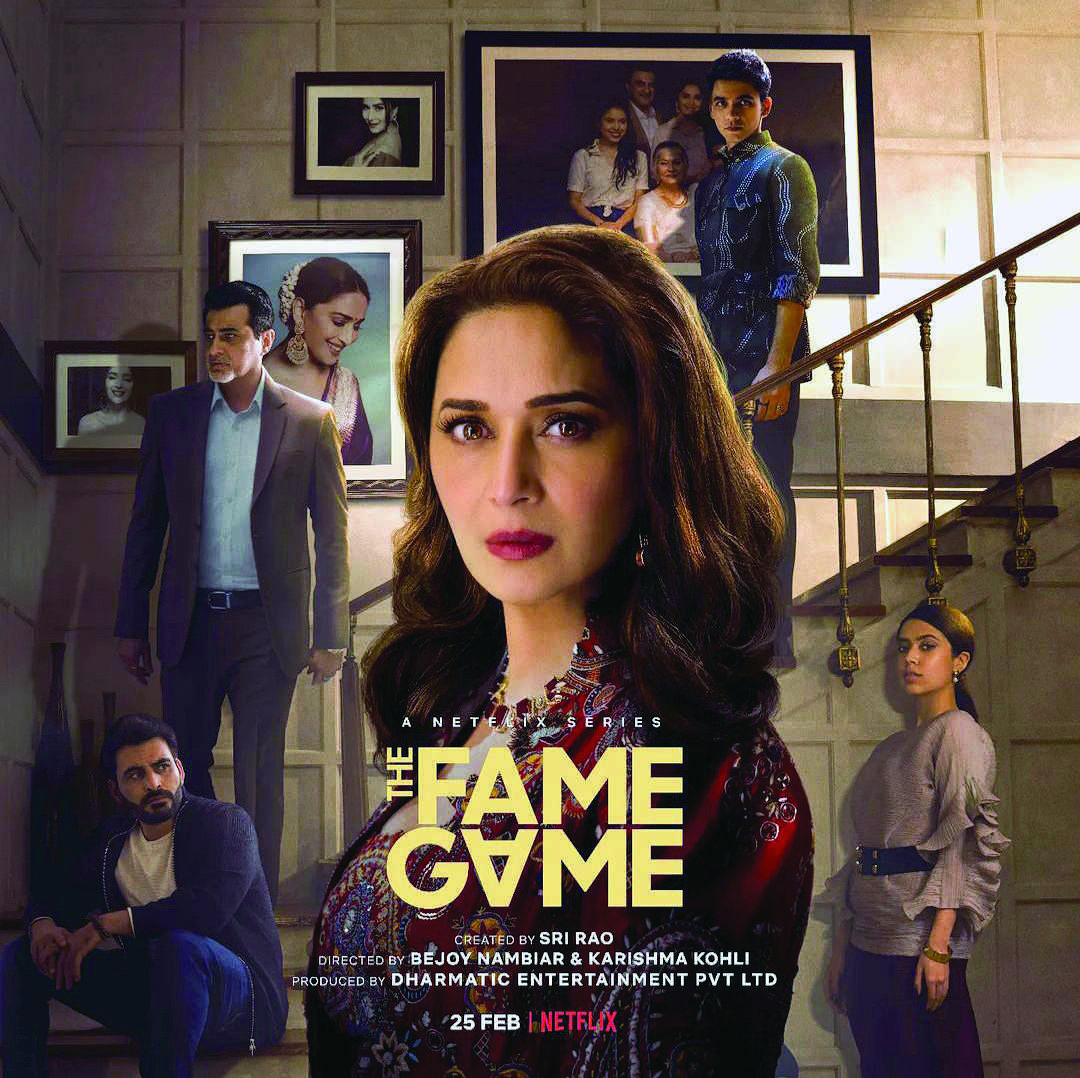 Filmmaker Karan Johar said his upcoming 'Netflix' series 'The Fame Game' goes 'behind the scenes' of the glamour world, where movie stars ride on immense popularity but also harbour secrets.

The series features Madhuri Dixit, playing the role of Anamika Anand, a Bollywood icon who goes missing, kickstarting a police investigation that slowly unravels facets of her life and stardom.

During the virtual trailer launch of the family drama thriller, Johar, who has backed the project through his 'Dharmatic Entertainment', said fans are often not aware of the 'story' behind the lives of movie stars.

" 'The Fame Game' is much more than what it appears to be. There is so much glamour, glitter and grandeur attached to the life of a movie star but what happens behind the scenes? Behind the life of every single movie star, there lies a story that you do not know. There lies a mystery you are not aware of, there lie secrets that perhaps no one in the world knows," he said.

Filmmaker Sri Rao serves as the showrunner and writer of 'The Fame Game' while Bejoy Nambiar and Karishma Kohli are attached as directors. Johar said though the show is about a fictional star Anamika Anand, the themes it explores apply to 'every single movie star in the world'.

He added that the series is about the 'games' a famous personality plays.

Rao said what makes the show 'unique' is that it ultimately comes back to the story of one family, even though the backdrop is 'glamorous and glitzy'.

"It is set against the world of Bollywood with this iconic actress at the centre of it, played by the equally iconic Madhuri Dixit, but at the core, it is a relatable story about a family. It is about a husband, wife, children and the relationship between them," he added.

He further said, "Although you have seen stories about Bollywood before, I do not think you have seen it in this way. You can see yourself in all these characters, even though they are so much larger than life."

Produced by Johar, Apoorva Mehta, Somen Mishra and 'Dharmatic Entertainment', the series will premiere on 'Netflix' on February 25.