Home > Entertainment > 'Every time people tried to kick me, I bounced back harder'
Entertainment

'Every time people tried to kick me, I bounced back harder' 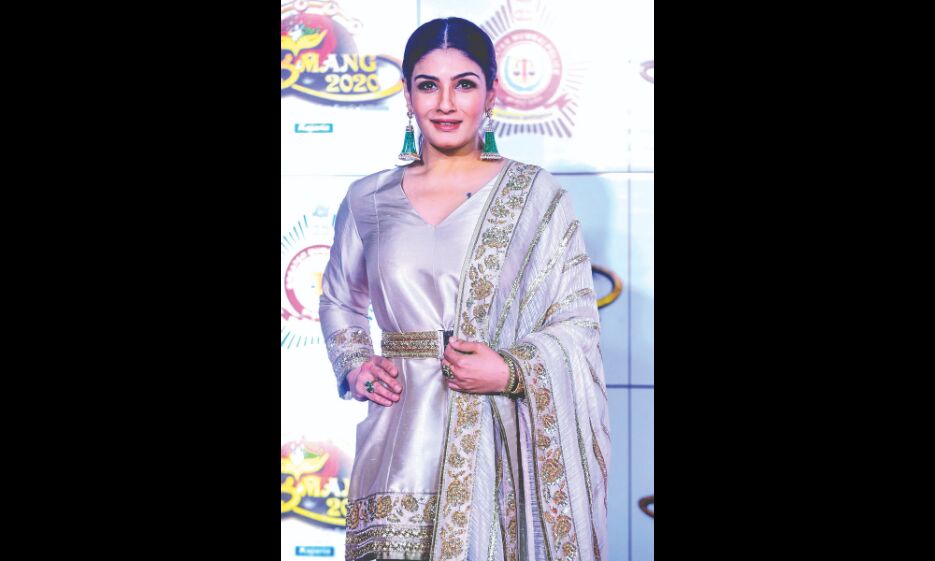 Actor Raveena Tandon looks back at her journey of 30 years in Bollywood and says she made her way through the male-dominated industry by sheer hard work.

She is now set to make her digital debut with the Netflix series, 'Aranyak', which features her as a cop named Kasturi Dogra, torn between investigating a case and giving time to her family, while making her presence felt in a system that favours men.

When asked, how did Tandon navigate the patriarchal setup of Bollywood to remain consistently on the top, the actor said there were breaking points, but her willpower and family always had her back.

"Perseverance, hard work will always get rewarded. If you are talented, hardworking and sincere, no one can take it away from you. It was a man's world then but I see a great change today. There are times when you thank your family for being your backbone, for being there for you.

"You also thank those, who were not there for you, who probably tried to kick you at a time when you were down at your lowest and tried to completely bury you. I thank those people because they gave me the drive to bounce back ever harder. The harder they tried to put me down, the stronger I wanted to bounce back," said Tandon.

The 47-year-old actor, who returns to the screen after the 2017 romantic drama 'Shab', said 'Aranyak' offered her the opportunity to bring to the forefront the struggle women go through, juggling their personal and professional lives.

The series is directed by Vinay Vyakul, with filmmaker Rohan Sippy attached as the showrunner.

"It was a strong female character driven show. My character is fierce, independent, passionate.. a tough and talented cop. That appealed to me. If you look at the movies I have done, there has always been some messaging in it.

"From 'Daman', 'Shool' or 'Maatr'. It is important for me to pick up scripts that are about women empowerment. There is a subtle message in this that reaches out to many Kasturi Dogras, who are facing the same (dilemma) of certain decisions to make, with no emotional backing."

Tandon said 'Aranyak' happened to her at a time when she was looking to venture into the digital space. While there were some interesting scripts that came her way, the actor always found something missing- a complex character.

"In one show, I was playing a city slick mom, which is normal for me to play. It didn't challenge

me that much mentally. In another, I was a classy, upper society woman, who takes control of everything once everything starts falling apart.

"The scripts were amazing, but as a character, for me to play a tough Pahadi cop with an accent, to come out of my comfort zone... This is what I have done through the years, where many have not ventured."