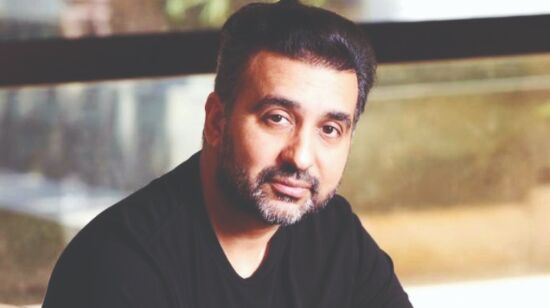 In the alleged pornographic content production and distribution, Raj Kundra landed in further trouble. According to a leading news organisation, police sources revealed that four of Raj's employees turned witnesses in the pornography racket case.

After being arrested on July 19, Kundra was sent to police custody till July 23 and the same was further extended till July 27.

"Crime Branch has found a hidden cupboard in actor Shilpa Shetty's husband and businessman Raj Kundra's 'Viaan' and 'JL Stream' office in Mumbai's Andheri during searches in connection with a pornography case," stated a police official as per quoted by the news organisation.

The 'mystery' cupboard was 'well concealed' in the walls of Kundra's office. From the cupboard, several files and boxes about his finances were recovered.

A news report stated that the Enforcement Directorate may join to probe the money laundering angle that surfaced recently related to the case. As per the report, a suspicious financial transaction between Kundra and a South African bank account of 'Mercury International' company (online betting and casino gaming) came to the fore.

The police added that Shilpa Shetty denied any role in the racket. According to a source close to the actor, she also told the police that she had no idea about the content of the 'HotShots' app through which her husband allegedly distributed pornographic films.

The source shared that the actor told the police that she was not linked to the app business in any way and that she had resigned from the post of director of Kundra's firm 'Viaan Industries'.

The source further said that Shilpa would like to refrain from commenting about the ongoing investigation.