'Emmy nomination reaffirms our faith in the story' 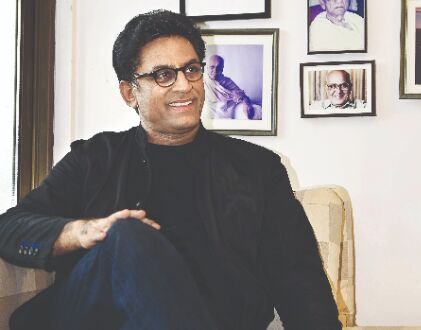 Filmmaker Ram Madhvani said that the super success of his Emmy-nominated show 'Aarya' has motivated the team to make the second season.

The Sushmita Sen-starrer series has bagged nominations for India as part of the 2021 'International Emmy Awards'.

The makers unveiled the teaser on November 12, which shows Sen's Aarya Sareen as she finds herself on a grittier and darker journey.

Created by Madhvani and Sandeep Modi, 'Aarya' is

an official remake of the popular Dutch crime-drama Penoza.

The Indian adaptation revolved around Aarya Sareen, played by Sen, a happily married woman whose world turns upside down when her husband, pharma baron Tej Sareen (Chandrachur Singh) is shot.

The first season, which debuted on 'Disney+ Hotstar' in June 2020, garnered acclaim for its taut narrative and performances.

Talking about the show's return, Madhvani said the love and appreciation the team received post the release of the first season was heart-warming and motivated them to come up with the next chapter.

The show's nomination in the 'Best Drama' category at the 'International Emmy Awards' reaffirms our faith in the story we set out to tell. I am thrilled to take fans of the show on the next step of Aarya's journey. She faces challenges every step of the way as she is forced to walk a fine line between keeping her family alive and seeking revenge, the director said in a statement.