Elli AvrRam to be a part of 'Ganapath' 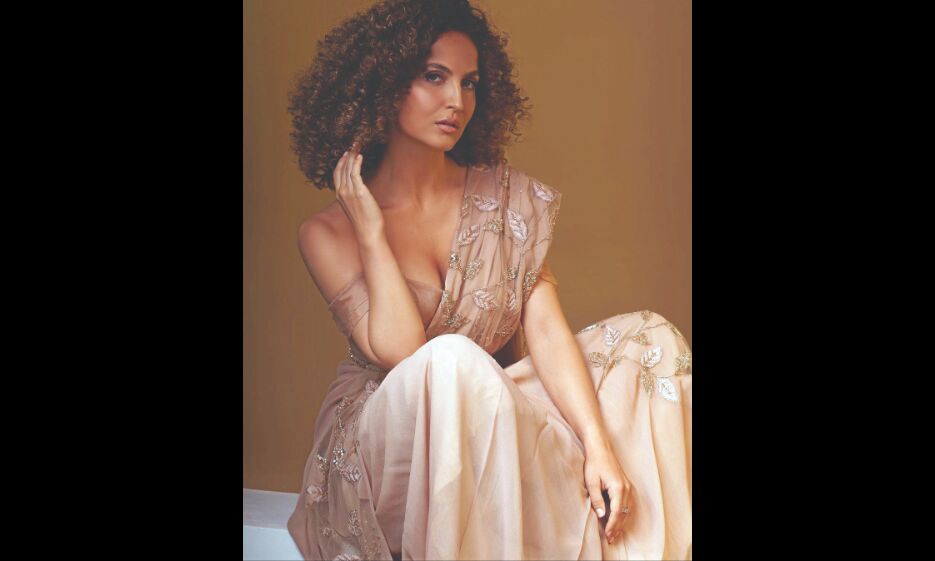 Actor Elli AvrRam has cemented her place in Bollywood with her recent performances in 'Malang' and with Aamir Khan in 'Har Funn Maula'. She is now all set to take the audience on a roller coaster ride with her next exciting project!

Earlier, it was reported that two actresses will feature in Tiger Shroff's actioner 'Ganpath'. Later it was confirmed that the makers have locked their second female lead with Tiger and Kriti Sanon.

Elli was recently seen headlining a 23-minute Swedish short film, titled 'With You' on 'YouTube'. The short film talks about the relevant topic of mental health awareness and childhood trauma. The actor garnered lots of praises from her industry friends for addressing such a sentimental yet important topic.

Elli has been always up for challenging roles right from experimenting with her looks, be it dreadlocks hairstyle in 'Malang' to her sensational dance in 'Har Funn Maula'.

The actor finished shooting the half schedule of her film 'Goodbye' co-starring Amitabh Bachchan, Neena Gupta and Rashmika Mandanna and has moved onto her next project opposite Tiger Shroff as the second female lead in 'Ganapath'.

It is no surprise that Elli is into martial arts, which makes it a double treat to see her opposite Tiger Shroff, who is known for his action sequences.

"This year has been really grateful for me. After the success of my song 'Har Funn Maula' and now 'Goodbye', I'm very excited to begin my journey for 'Ganapath'. I'm currently in London shooting for it. It is a cool script and I'm very excited to be a part of the film," said Elli AvrRam, as she was spotted a few days ago at the airport heading to London to begin the first schedule of 'Ganapath'.

With her graceful performance in every role, people cannot wait to see her in 'Ganapath' opposite Tiger and Kriti and for her to keep all glued to their seats!