Ed collaborates with 'BTS' for a new track 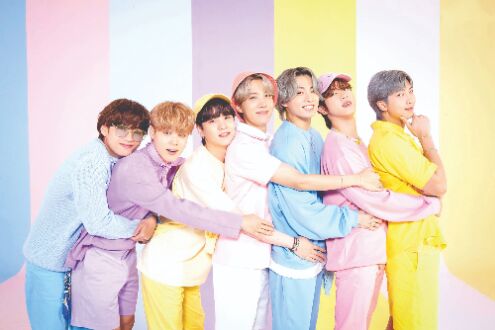 Los Angeles: Singer-songwriter Ed Sheeran revealed that he has teamed up with 'BTS' once again for the music group's upcoming song.

The English singer and the South Korean septet had previously collaborated on 'Make it Right' from the latter's 2019 album 'Map of the Soul: Persona'.

In a recent interview with the American radio show 'Most Requested Live', Sheeran said that he is looking forward to their new track.

"I have actually worked with 'BTS' on their last record and I have just written a song for their new record. And they are like super cool guys as well," said the singer.

Sheeran had appeared on the show to promote his new single 'Bad Habits'.

'BTS' has a CD version of their latest chart-topping English-language hit 'Butter' coming up in July and their label 'Hybe Corporation' had previously announced that it will include a brand new track that 'will make your heart beat to the rhythm of BTS' positive energy'.

It is, however, uncertain if the group's new song with Sheeran will be included in the CD version of 'Butter'.