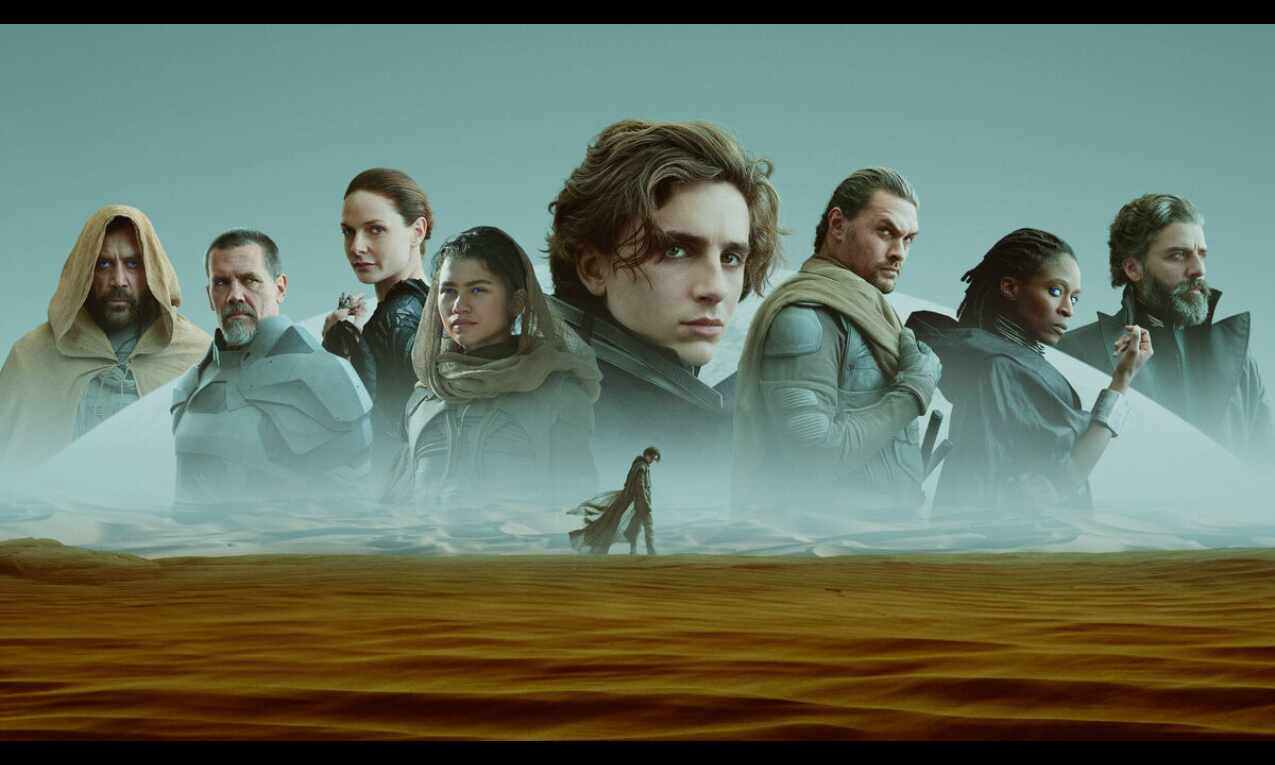 Mac Ruth, Mark Mangini, Theo Green, Doug Hemphill and Ron Bartlett were the winners for "Dune" in the best sound category, which also had nominations from "Belfast", "No Time to Die", The Power of the Dog and West Side Story.

Legendary composer Hans Zimmer, who is known for scoring most of Christopher Nolan's films, walked away with the best original score trophy for "Dune".

The other contenders in the category were Nicholas Britell for Don't Look Up, Germaine Franco for Encanto, Alberto Iglesias for Parallel Mothers and Jonny Greenwood for "The Power of the Dog.

Joe Walker nabbed the trophy for best editing for "Dune", beating out films such as Don't Look Up, King Richard, The Power of the Dog and Tick, Tick Boom!

The film also won in the production design category ahead of Nightmare Alley, The Power of the Dog, The Tragedy of Macbeth and West Side Story.

Greig Fraser won the best cinematography award for "Dune", which was nominated alongside Nightmare Alley, The Power of the Dog, The Tragedy of Macbeth and West Side Story in the category.

The best makeup and hairstyling award went to The Eyes of Tammy Faye. The film bested Coming 2 America, Cruella, Dune and House of Gucci.

In the best documentary short subject category, The Queen of Basketball emerged as the winner ahead of "Audible", "Lead Me Home", "Three Songs for Benazir" and "When We Were Bullies".

The best animated short Film Oscar was won by The Windshield Wiper. The nominees in the category were Affairs of the Art, Bestia, Boxballet and Robin Robin.

The nominees in the category were: Ala Kachuu Take and Run, The Dress, On My Mind and Please Hold.

Veteran Jenny Beavan won the best costume Oscar for her work in "Cruella". Other films nominated in the category were Cyrano, "Dune", Nightmare Alley and West Side Story.

This year's ceremony, held at the Dolby Theatre at Ovation Hollywood (formerly Hollywood & Highland), is being hosted by Wanda Sykes, Amy Schumer and Regina Hall.