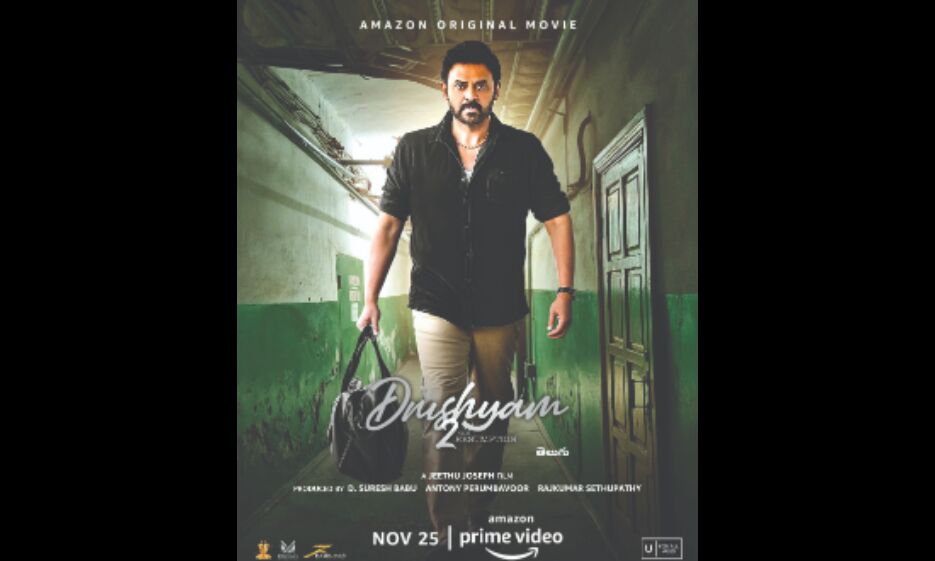 Venkatesh Daggubati-starrer Telugu thriller 'Drushyam 2' is set to release on November 25, 2021, on 'Amazon Prime Video'. Directed by Jeethu Joseph, the film is a sequel to the much-loved Telugu superhit 'Drushyam'. Alongside Venkatesh, the film features an ensemble cast of talented actors such as Meena, Kruthika, Esther Anil along Sampath Raj and Poorna.

Set six years since the events of 'Drushyam', the film delves deep into the life of Rambabu, a changed man now. However, a criminal investigation ensues threatening the wellbeing of his family. As tables turn, it is upon Rambabu to give it his all and protect his close ones yet again in this gripping tale of deceit, lies and mystery. The riveting crime drama is all set to keep viewers on the edge of their seats with every twist that is going to come on their way.

On the other hand, 'Disney+ Hotstar' released the teaser of the 'International Emmy' nominated 'Hotstar Specials', 'Aarya 2'.

"The love and appreciation we got post the release of the first season were heartwarming and it made us want to create the second season with more love and labour. The show's nomination in the 'Best Drama' category at the 'International Emmy Awards' reaffirms our faith in the story we set out to tell," he said.