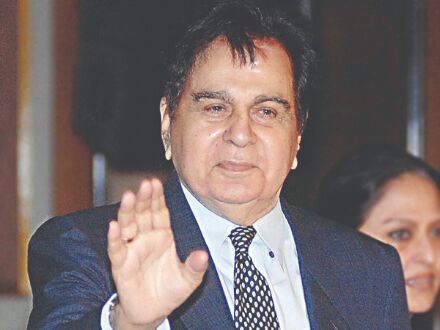 Actor Dilip Kumar left for the heavenly adobe on Wednesday leaving a void in the industry that will never be filled. A day after the demise, condolences continued to pour in from film personalities, politicians and Kumar's fans and followers.

Recollecting her first memories of the legend, singer Shilpa Rao said, "It was the film 'Mughal-e-Azam' that introduced me to Dilip Sahab. I remember watching it with my family. It was one of those films where we saw a classical singer like Bade Ghulam Ali Khan Sahib singing for a movie, which was a very unusual thing back then. Initially, I was drawn to the movie because of the music. However, when you look at the performances closely, you are sure to get mesmerized. Dilip Kumar Sahab standing next to stars like Prithviraj Kapoor ji and Madhubala ji and leaving an impression on the audience's mind with his acting, in itself, says a lot about how great a performer he was. His oratory skills and diction were beautiful beyond words. He had great command over Hindi and Urdu language."

She added, "Undoubtedly, he inspired every actor to do better but he was also a great inspiration for singers like us. We learned from him how each word has its own weight and rhythm and how important it is to pronounce words correctly."

Actor Gajraj Rao also talked about how the yesteryear actor was an acting institute.

"Dilip Sahab is alive and will forever remain alive in our hearts, memories and our cinema. He will always be remembered for generations to come. He was an acting institution in himself. He taught hundreds of people about

acting, much before institutes like NSD and FTII came into existence. He taught generations about what 'not to do' in acting. He proved that a good performance does not require one to be overdramatic. He changed the landscape of Indian cinema with his performances. Every performance from the actor was an acting school in itself," he said.

The veteran actor died at the age of 98, after a prolonged illness.