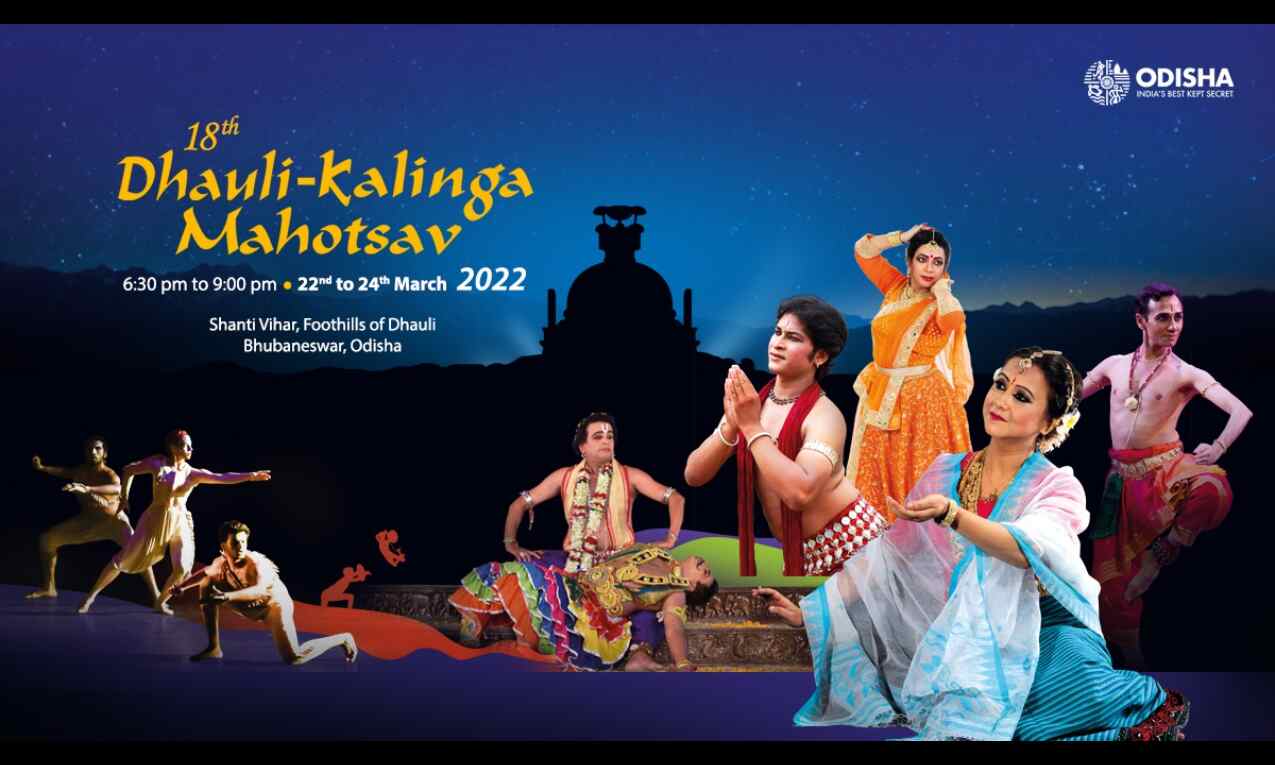 Bhubaneswar: Dazzling performances lit up the serene Dhauli as an extravaganza of classical dance, martial art forms and folk performances began amid the picturesque backdrop of the ancient Peace Pagoda.

Held at the foothills of the scenic site on the outskirts of Bhubaneswar, the Dhauli-Kalinga Mahotsav, which started on Tuesday evening, will witness a collage of dance renditions that represents the various cultural hues of India.

More than 500 artistes have congregated at the three-day event to infuse the importance of peace and celebrate unity in diversity. The objective is to promote, preserve and popularise the heritage and legacy of art at the national and international level, according to an official release.

Day one of the 18th edition saw a spellbinding show of Manipuri by Bimbabati Devi and her group. The melodies used in the choreographic piece are inspired by the traditional songs that are sung during Yaoshang, the spring festival of Manipur.

There was an enthralling presentation of the contemporary martial arts, which was based on a 'Mystical Forest', which explores life within.

The production draws from the dance vocabulary of Mayurbhanj Chhau with a contemporary interpretation.

The penultimate day will see an array of performances by eminent artists of Bharatnatyam and Kathak and wrapped up by a Prahallada Nataka - one of the oldest and most vibrant folk theatres of Odisha.

The annual spectacle will culminate on the third day with Odissi by eminent classical dancer Aruna Mohanty and the Orissa Dance Academy (ODA). The final act will be of Thang-Ta - the traditional martial art of sword and spear of Manipur.

The event was kicked off by Mohanty, Development Commissioner Pradeep Jena and Art Vision secretary Ileana Citaristi and others.

"As a Buddhist heritage site, Dhauli serves as an ideal place for celebrating India's legacy of cultural coexistence," Mohanty, who is the ODA secretary, said.

The Peace Pagoda or the Shanti Stupa of Dhauligiri is at a place known for the end of the Kalinga War.

A special bus service has been arranged for visitors from Bhubaneswar to enjoy the festival, which is being held from 6:30 pm - 9 pm and hosted jointly by the Culture Department and the ODA in association with ArtVision.

The festival is being telecast live on DD Bharati and the Odisha Tourism's YouTube page.