Daniel, Emma and Rupert engage in an animated conversation 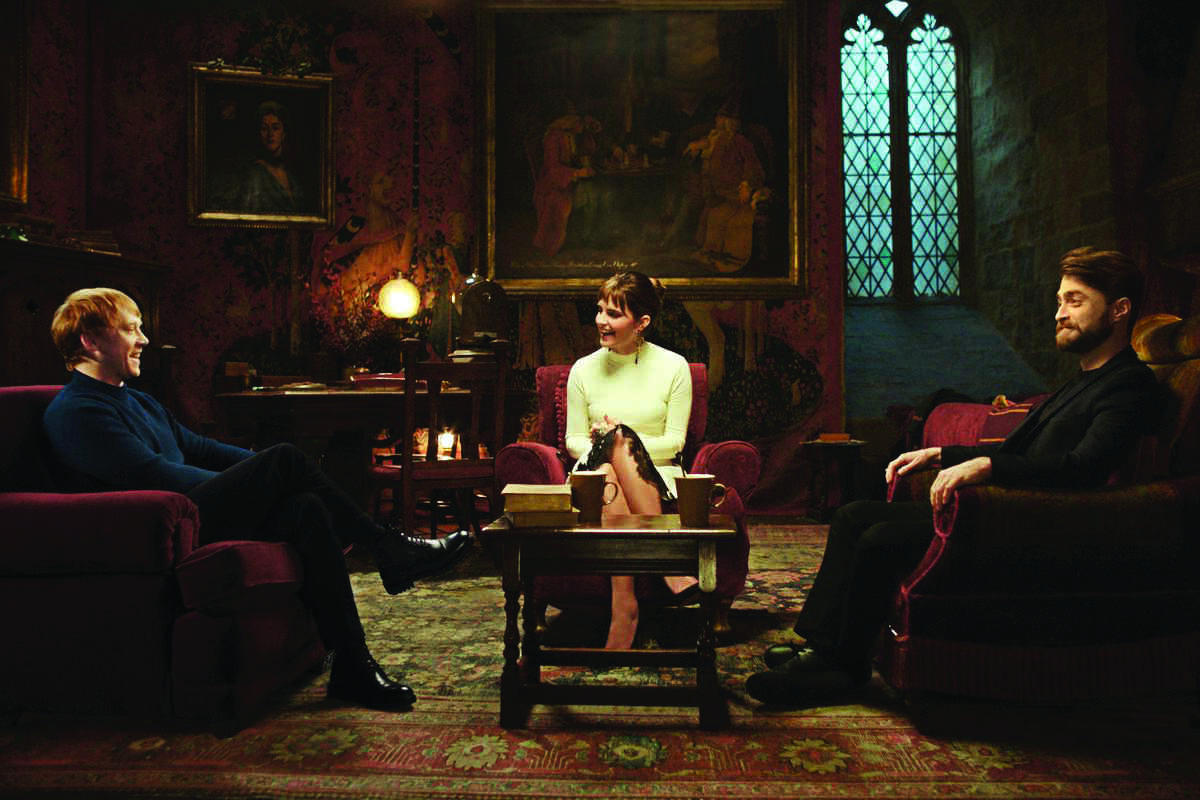 HBO Max' has unveiled a promotional image from the upcoming 'Harry Potter' reunion titled 'Harry Potter 20th Anniversary: Return to Hogwarts'. It shows the big three - Daniel Radcliffe, Emma Watson and Rupert Grint - in what is likely the 'Gryffindor Common Room' in Hogwarts.

The three can be seen engaged in an animated conversation. The photo teased more such conversations, including tidbits and revelations about the films and shooting and if it is anything like the recent 'Friends: The Reunion', fans can also expect loads of nostalgia over a cinematic and literary phenomenon that took over the world.

The story followed the titular boy (played by Radcliffe) whose parents are murdered by Dark Lord Voldemort, a powerful practitioner of dark magical arts, but Voldemort is also reduced in power and almost dies. As he gains strength and gathers followers, Harry also learns magic and becomes one of the finest wizards in history and ultimately defeats Voldemort in a climactic battle.

The 'Harry Potter' reunion special will stream on January 1 on 'HBO Max'.