Dance in the time of Corona 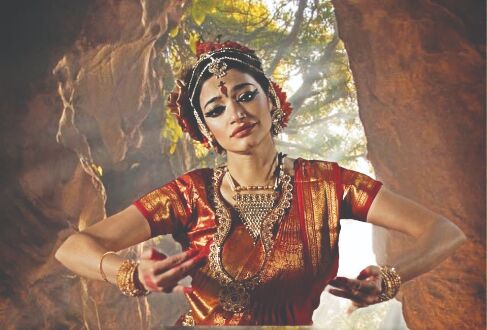 As Covid-19 infested 2020 rolled into 2021, the roller-coaster uncertainties that have plagued humanity across the world seemed far from over. As the mutating virus continues to challenge lives and livelihoods across geographies, mankind, true to its intrinsic nature, is finding ways and means to fight back and reclaim their habits and habitation, albeit with 'new normal' adjustments. Music, dance and the arts in general, like always, have continued to play an irreplaceable part in this battle for the ages – and the role of musicians, dancers and storytellers have never been more essential.

Multi-award-winning Bharatanatyam dancer, Sohini Roychowdhury, founder of 'Sohinimoksha World Dance & Communication' and 'Sohinimoksha Artes de la India', choreographer, motivational speaker, yoga guru, producer and professor of Natyashastra, has continued her seamless migration to the 'new normal world of performances and talks, embracing the online world to spread her ethos of 'Connecting Civilizations' through her dance, her worldview, and her time-traversing philosophy.

After a hyper-active 2020 in cyberspace, the highlight of Sohini's unabated forays into the virtual world of 2021 has been a unique and scintillating original song and dance video produced and globally released on the occasion of India's 75th Independence Day. The brainchild of Nanni Singh of Showcase Events, 'Synthesis' is a labour of love that brought together 16 eminent singers, dancers and musicians, to create a song and dance video that has been broadcast by the ICCR, and practically all major Embassies of India across the world. On its way to becoming the 'National Song of the Year', 'Synthesis' is embellished with Sohini's signature taandav invocation to Shiva and is one of the highlights of the video.

Also, on the occasion of India's 75th Independence, Sohini was invited by the Asian Literary Society to be a part of an eclectic talk show, 'Jashn e Azadi', where she joined other eminent personalities to speak on 'Art Democracy' – a natural extension of her role as a thought leader and speaker.

A perennial advocate of LGBTQIA rights, Sohini frequently celebrates their stories through her dance operas and is proud to have members of this community as key members of her dance troupe. It was, therefore, no surprise that she was invited to speak, and present a performance of her troupe, 'Sohinimoksha', at the grand online opening ceremony of 'Kashish' - the annual LGBTQIA Film Festival. Members of 'Sohinimoksha' presented 'Shikhandi', one of Sohini's signature choreographies on global inclusivity and harmony, inspired by the transgender from the Mahabharata.

A first interview and performance, for Canada TV, soon to be broadcast in that country and the rest of the world was preceded by another significant milestone. The UK SheInspires Foundation had recently nominated Sohini, in the Global Culture Champion category, for their annual awards. In August '21, confirmation arrived of her becoming a finalist in that category. The 'will she/wont she' question will be answered on the Awards night gala, on November 25, at the iconic Bolton Wanderers Football Stadium in England followed by a live award-stage performance by Sohini, inspired by Maya Angelou's 'Still I Rise'.

Apart from major live stage performances, Sohini for the very first time will be taking her 'Mudra and Movement Therapy' live workshops to the shores of the UK. These workshops - imbibing Sohini's firm belief in the universality of dance therapy – would include all age groups, as well as the aged and the specially-abled.