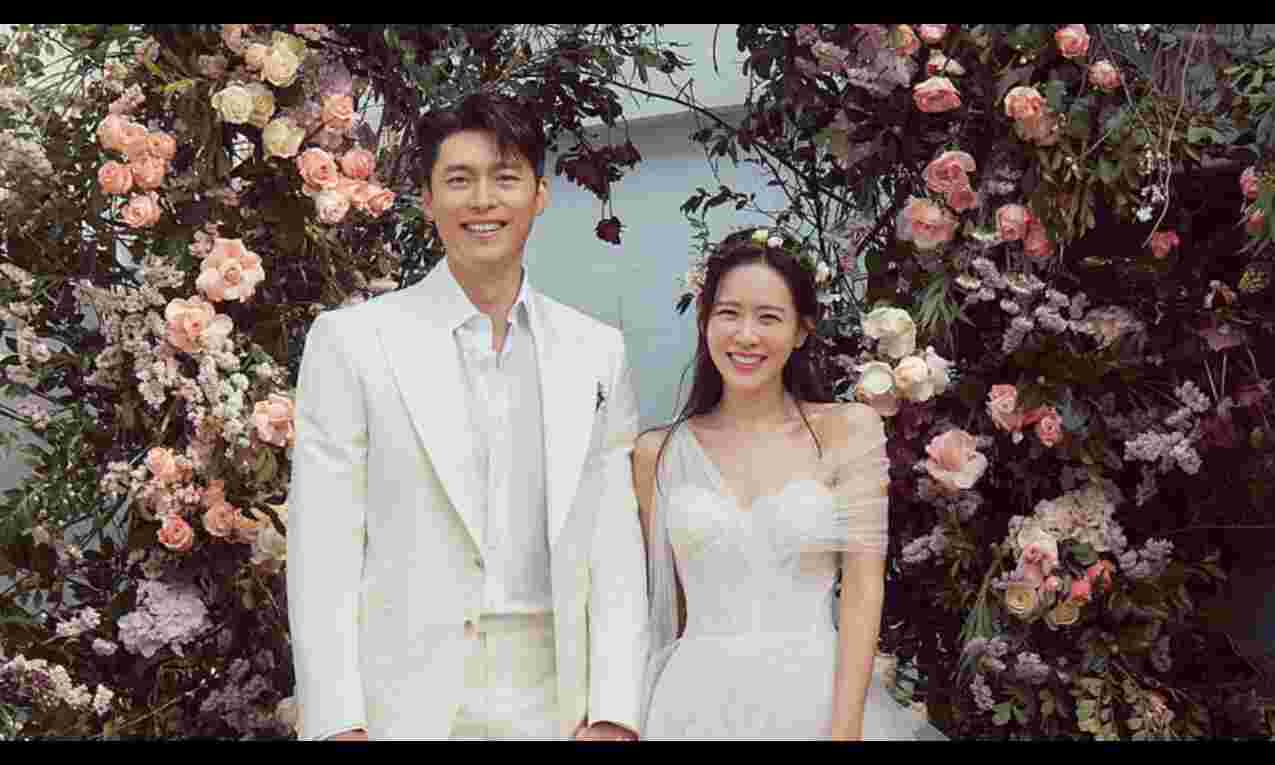 The marriage, which took place at the Grand Walkerhill Seoul in Gwangjin-gu, eastern Seoul, was attended by the couple's parents, relatives and friends, reported The Korean Herald.

Tight security was ensured by the authorities during the ceremony, which turned out to be a star-studded affair.

The wedding was a private affair but several grainy videos and photos of Ye-jin walking down the aisle and being received by Bin made their way to social media platforms.

Earlier in the day, the management agencies of Hyun, 39 and Son, 40, shared photos from their pre-wedding shoot.

"Considering the situation with COVID-19, it was decided that the ceremony would be held in private. We ask for your generous understanding. We are sharing the news with the actors' wedding photos instead," it added.

Whereas Hyun's agency VAST Entertainment stated that the wedding will be an intimate affair owing to the ongoing COVID-19 pandemic.

"Today, actor Hyun Bin and actor Son Ye Jin are getting married and taking the first step as a married couple," the agency said in an Instagram post.

After confirming their relationship in January 2021, the "Crash Landing on You" stars announced the news of their wedding on February 10 through social media.

Hyun and Son co-starred in the 2018 action thriller film "The Negotiation" and Korean drama "Crash Landing on You", which turned out to be a global hit after it was released in 2019.