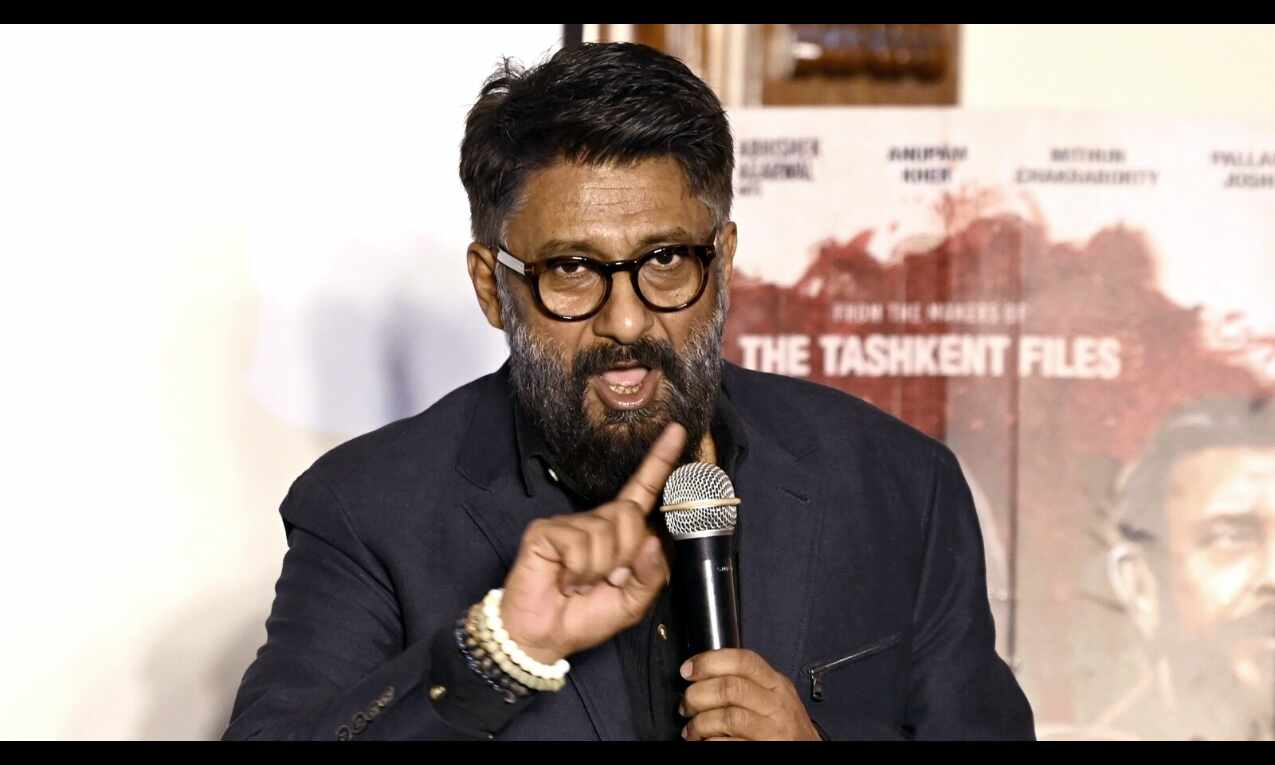 Mumbai: A complaint has been filed against 'The Kashmir Files' director Vivek Agnihotri at a police station in Mumbai over his "Bhopali means homosexual" comment seeking registration of an FIR for defamation and other charges.

The complainant alleged that the director of 'The Kashmir Files' insulted and disrespected his (Pandey's) native place Bhopal by "willingly, wantonly and maliciously calling Bhopalis as homosexuals" in an interview with media, the official said quoting the complaint.

The official confirmed the receipt of the written complaint.

The complainant has sought registration of an FIR against Agnihotri under sections 153 A and B for promoting enmity between different groups, 295A (Deliberate and malicious acts, intended to outrage religious feelings of any class by insulting its religion or religious beliefs), 298 (Uttering words with deliberate intent to wound the religious feelings), 500 (Punishment for defamation), 505-II (Statements creating or promoting enmity, hatred or ill will between classes).

A video clip of Agnihotri's interview to an online channel had gone viral ahead of his Bhopal visit on Friday to participate in a film festival.

The clip, said to be three weeks old, shows Agnihotri saying in Hindi, "I have grown up in Bhopal, but I am not a Bhopali. Because Bhopali has a different connotation. You can ask any Bhopali. I will explain it to you in private. If someone says he is Bhopali, it generally means he is homosexual, a person with Nawabi likings."

Agnihotri's comment had drawn flak from politicians and netizens who said it was made in bad taste and an insult to the people of Bhopal.