'Comedy is a tricky genre' 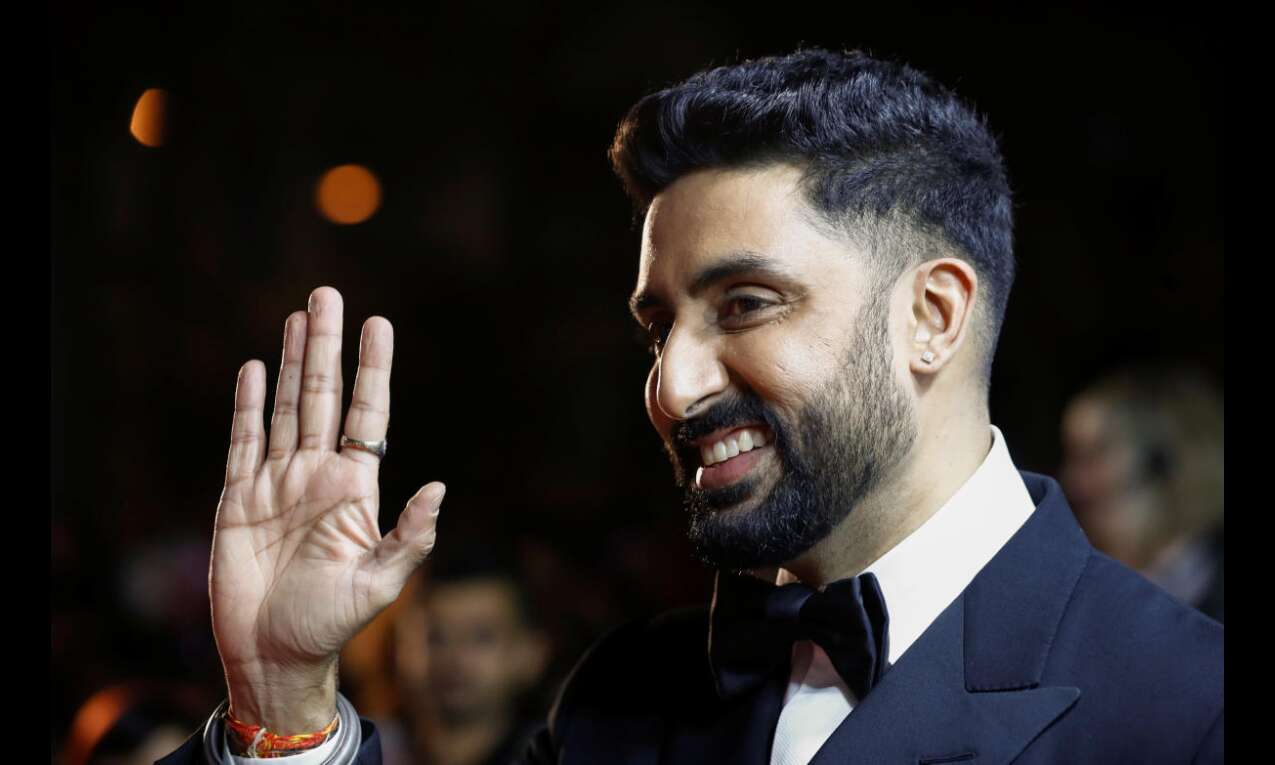 Mumbai: Actor Abhishek Bachchan says he has always enjoyed comedy a lot even though the genre can be tricky for a performer and that is why he decided to be a part of "Dasvi", an entertaining social comedy about the importance of education.

The film, directed by Tushar Jalota, revolves around an 8th grade pass-out politician, Ganga Ram Chaudhary, who lands behind bars following his involvement in a teacher recruitment scam.

He eventually decides to follow his dream of completing his 10th from jail.

Bachchan, who has hits such as Bluffmaster, Bunty Aur Babli, Bol Bachchan and others in comedy, said his upcoming movie marks his return to the genre after "Housefull 3" in 2016.

"Comedy is a tricky genre. It is one of the most difficult genres because almost all of it is dependent on the written word. If it is not written on paper, it is very difficult to create a comic moment out of something, unless you are doing slapstick. It is a genre that I have not done for a long time. The last comic film I did was almost five-six years ago, Housefull', Bachchan told PTI in an interview.

Though the film deals with an important issue like education, the actor said the aim was to make an entertaining film without being preachy.

"We're not tackling any social issues. Tushar has made a very sweet entertaining film that has a subliminal message about how education is important. But that is not in the forefront and we are not trying to hold a placard and say it is an entertaining sweet family," the actor said.

For playing the role of Ganga Ram Chaudhary, he relied completely on the script, which Bachchan said was well-defined.

"There was very little left to our imagination to create as Tushar gave us a strong skeleton to work with and it was more about fleshing it out. It was a lot of fun," he added.

"My character is supremely confident in everything he does, there is an energy he always brings into a room, I enjoyed playing with that kind of energy," he said, adding that there was a dialect coach on the set to help him get the Haryanvi accent right," he shared.

Dasvi will premiere on Jio Cinema and Netflix on April 7.

The actor is happy that he is getting the opportunity to play diverse roles where he can be a seemingly nondescript insurance agent turned contract killer in "Bob Biswas" and a politician in "Dasvi", two films that are at the separate ends of the spectrum.

"I am very lucky that makers think about me when they think about doing diverse work and that directors can look at you doing Manmarziyaan', Ludo', The Big Bull', Bob Biswas' and now Dasvi'. I am very thankful for that. It is such an exciting time to be an actor," the 46-year-old actor said.

The endeavour is to be part of films that can entertain the audience. A good film works and a bad film doesn't work and that is the truth. The film just has to be good. If the film is accepted then everything about the film is accepted, Bachchan added.

Like any actor, there are certain roles in Bachchan's filmography that have received more love from the audiences be it Yuva, Dhoom, Bunty Aur Babli, Guru, Dostana, Paa, Manmarziyaan or Ludo and the actor credits the directors for thinking of him in these roles.

Bachchan is equally grateful to the audience for pouring in their love and respect for his work, which he thinks doesn't happen often with all actors.

The audience doesn't choose to love an actor very often and when they do you have to respect that and you have to work very hard to maintain it, he added.

When asked if the stardom of an actor gets affected due to the release of a film on OTT at a time when theatres have reopened, Bachchan brushed aside such notions and said the digital medium rather lures more audience than cinema halls.

"There are more viewers on OTT than they go to watch movies in the theatre. The penetration of the digital medium is far greater than that of theatres, sadly, but it is. I have been doing a lot of work on OTT platforms. And the kind of people, the numbers that see it, are far more than what go to theatres, the actor, whose last three films Ludo, The Big Bull and Bob Biswas released on streaming platforms," he said.

He is also of the opinion that one should worry more about their performance than stardom or the medium.

The script is written by Ritesh Shah, Suresh Nair and Sandeep Leyzell. Ram Bajpai is credited for the story.

Dasvi is produced by Dinesh Vijan of Maddock Films in association with Leyzell and Shobhana Yadav's Bake My Cake Films.