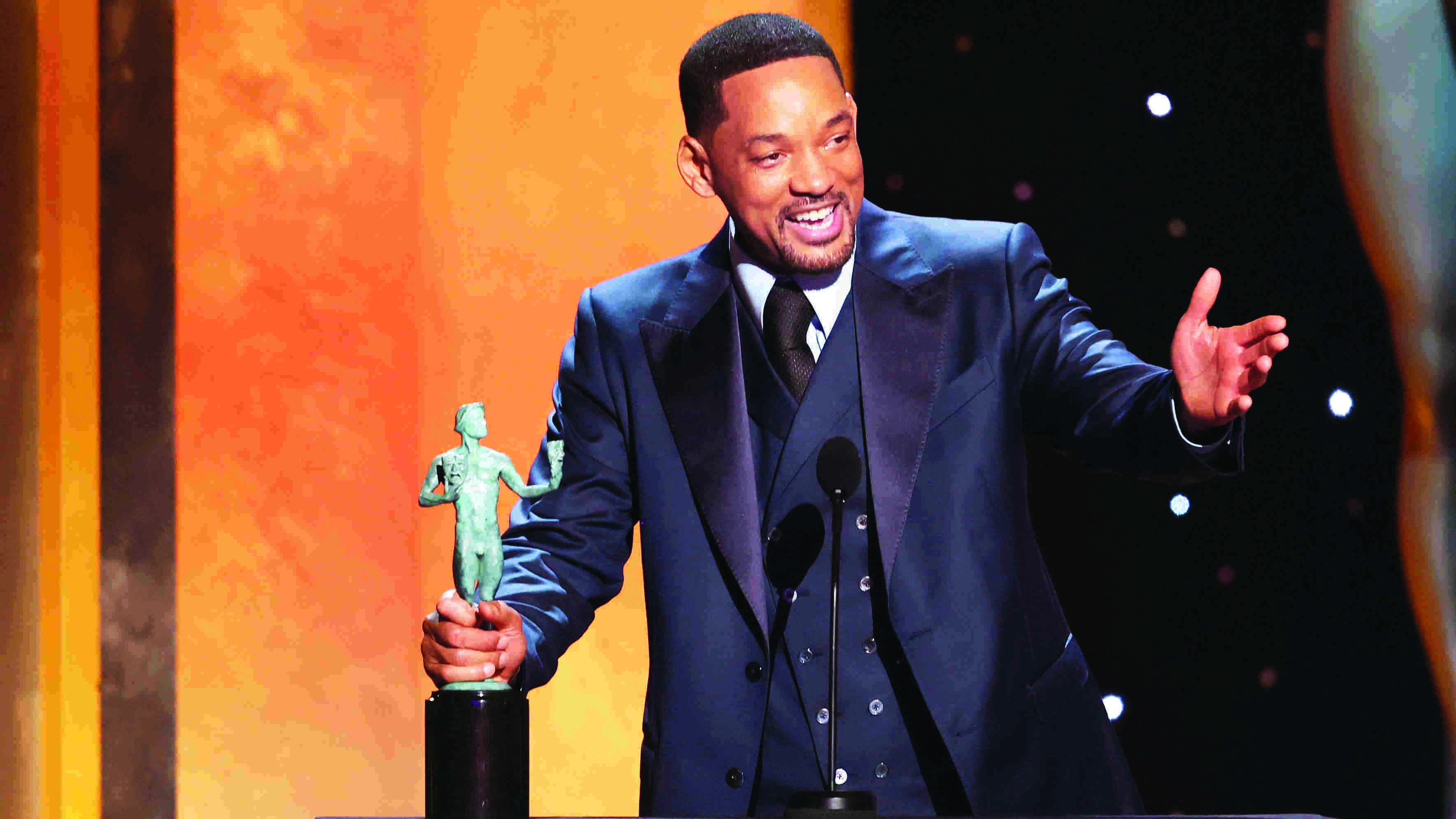 There is a new awards favourite in Hollywood and that is 'CODA', a coming-of-age comedy-drama, that took home the trophy of the best film ensemble at the 2022 Screen Actors Guild (SAG) Awards.

Based on the French film 'La Famille Belier', the movie follows the story of Ruby (Emilia Jones), a CODA (or 'child of deaf adult') who serves as an interpreter for the members of her Boston family, including her mother Jackie (Marlee Matlin), her father Frank (Kotsur) and her brother Leo (Daniel Durant).

Matlin accepted the award, ending her speech by using the sign for 'I love you' to the audience and SAG-AFTRA voters.

Jessica Chastain and Will Smith won the leading acting honours for 'The Eyes of Tammy Faye' and 'King Richard'. Interestingly, the duo won the awards for playing real-life personalities - televangelist Tammy Faye Bakker and Richard Williams, the father and coach of tennis icons Venus and Serena Williams.

Chastain said it was her dream to play 'real trailblazer' Tammy Faye.

Smith, who previously won a Golden Globe for the role, gave a shout-out to the Williams sisters in his address.

Ariana DeBose, an openly queer Afro-Latina, won the award for best-supporting actress for 'West Side Story'. She called the film 'a beautiful cinematic experience' and thanked director Steven Spielberg in her speech.

Helen Mirren, a film, TV and stage veteran known for 'Antony and Cleopatra', 'The Queen', 'Prime Suspect' and 'The Twilight Zone', accepted the lifetime achievement honour and dedicated it to her fellow actors, whom she called 'a magnificent tribe'.

On the TV front, Jason Sudeikis and Jean Smart ruled the leading acting awards in the comedy series categories for 'Ted Lasso' and 'Hacks'. 'Ted Lasso' also clinched the award for 'Outstanding Performance by an Ensemble in a Comedy Series'.

Korean language survival drama 'Squid Game' created history as it earned three top honours, including 'Outstanding Action Performance as a Stunt Ensemble'. The show broke records as the first Korean TV series and the first foreign-language show to be nominated for SAG Awards.

Lee was visibly shocked by the victory and in his speech, through an interpreter, he said he had a whole speech prepared but was at a loss for words.

Fighting back her tears, Jung thanked the guild for 'opening the doors for me'.

Kate Winslet repeated her 'Emmy' win as she was named the best female actor in a television movie or limited series for HBO's 'Mare of Easttown'.

Though Winslet appeared on the show earlier in the evening for a pre-recorded segment to honour Mirren, she was not in attendance at the Santa Monica, California, show to accept her trophy.

Michael Keaton won the SAG award for best male actor in a television movie or limited series for 'Dopesick', a Hulu drama that focuses on individuals and families affected by opioid addiction.

'Succession', which was not eligible for the last 'Emmys' in September, won the award for best drama series ensemble.