'Class, inequality central to the story of Shankar's Fairies' 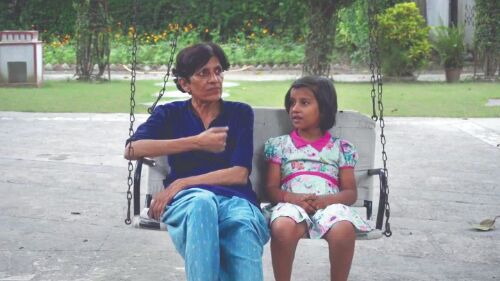 Director Irfana Majumdar says her debut film 'Shankar's Fairies' is representative of her mother Nita Kumar's childhood but it is also about the inequalities that exist in middle-class families.

Set in 1962 Lucknow in a newly independent and idealistic India that is still class-bound and exploitative, the film tells the story of Shankar, a village man with a gift for storytelling who raises a police officer's daughter while far away from his own family.

"The film started with a little bit of a personal situation. My grandmother (nani) died in January 2016. The house that she lived in was a joint property. After her death, the family decided that it's time to sell the house. It was a place that my mother was very close to and it was also representative of the kind of lifestyle that my grandparents had been part of since my grandfather was in the police. My mother wanted to make a film in the house before it was sold," Irfana said in an interview.

Kumar had written a children's story 'Shankar's Fairies' many years ago and it provided the germ of the idea for the film. Kumar was keen to build a film around Shankar, the family's servant, and the house. "Basically, the house and Shankar were the centerpieces and this event of my grandmother's death and the sale of the house were the genesis of the idea," Irfana said

Her film, the director said, is an attempt to look at the relationship and the class inequality that exists between a household and a servant.

"Class is very important, it's the central thing in the story in a way because the whole idea is to show how much inequality exists. Middle class and elite families talk about servants as if they are part of the family, but the reality is that they are not treated as equal," the director said.

"The family might provide and help, but it is a different kind of relationship, and we should acknowledge that because, in India, everything is driven by our class inequality. That really is the cause of the number of problems we have," she concluded.