Chris Rock gets a standing ovation at a comedy show 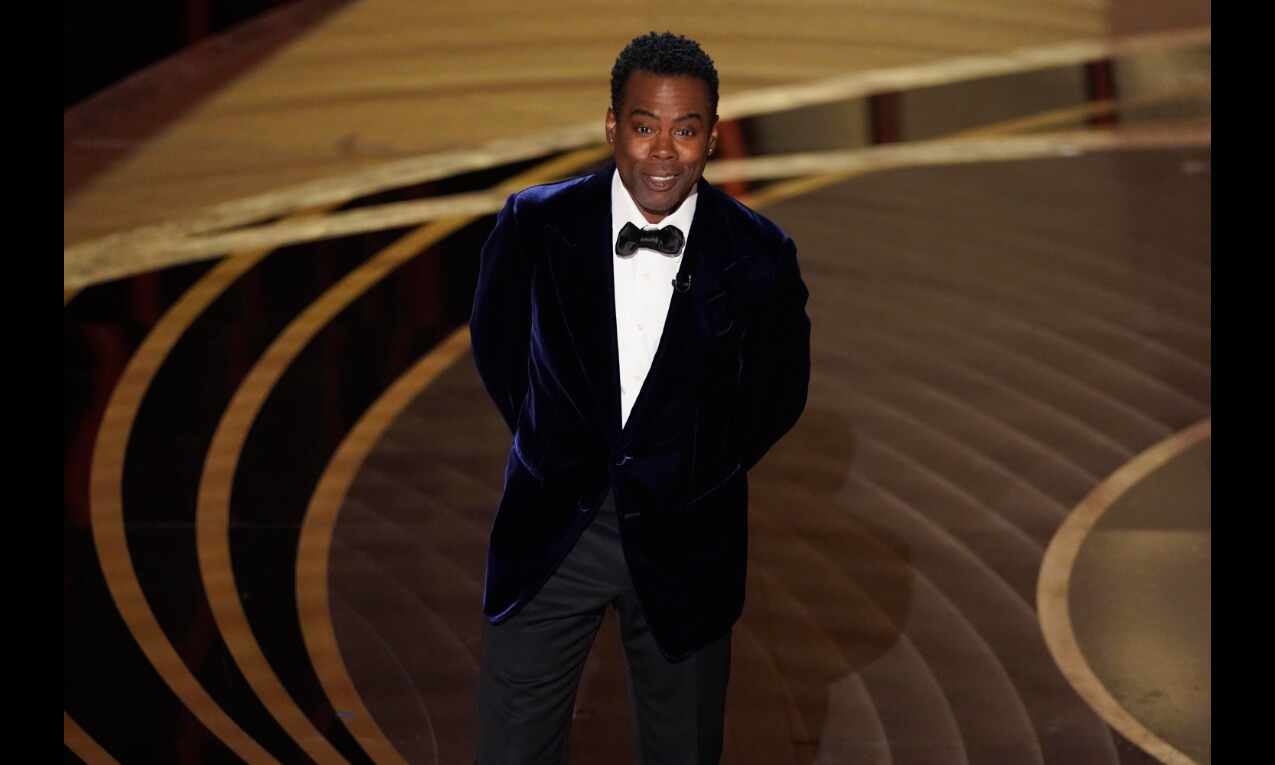 Los Angeles: Comic Chris Rock was welcomed amid applause and two standing ovations at the comedy club where he made his first public appearance since Will Smith slapped him during the 2022 Oscars ceremony.

According to The Hollywood Reporter, Rock kicked off his comedy tour at the Wilbur in Boston and received standing ovations that lasted roughly two minutes.

"You got me all misty," the actor-comedian said.

Once the crowd had quieted down, he asked, "How was your weekend?", a remark that was greeted with laughter.

While Rock briefly spoke about "what happened", he did not directly mention the Oscars ceremony, the Academy or Smith.

The 57-year-old, however, said he is still "kind of processing" Sunday's night infamous incident, adding he will open up about the now-viral on-camera moment on his own time.

"I don't have a bunch about what happened, so if you came to hear that, I have a whole show I wrote before this weekend and I'm still kind of processing what happened. So, at some point, I'll talk about that shit. And it'll be serious and it'll be funny," he added.

For now, he said it was nice to be out and about and that he was going "to tell some jokes".

Later on in his set, Rock told the audience, "Except for some other pretty weird things, life is pretty good right now."

At the end of his show, which ran about an hour, he received another standing ovation.

This marked the beginning of Rock's 'Ego Death World Tour', which runs through November. Ticket sales for his live comedy tour have skyrocketed since the controversy, claiming an online marketplace previously.

The comic's appearance follows best actor Oscar winner Smith's public apology to him via a statement on Instagram on Monday. The "King Richard" star had apologised to the Academy and his fellow nominees in his award acceptance speech but had left out Rock while addressing the 'slap gate'.

"Violence in all of its forms is poisonous and destructive. My behavior at last night's Academy Awards was unacceptable and inexcusable," Smith, 53, wrote.

At the Academy Awards, Rock made a crass joke about Smith's wife, actor Jada Pinkett Smith, before presenting the award for best documentary feature. The comic suggested that Pinkett Smith was now ready to star in the sequel to "G.I. Jane", an apparent reference to her shaved head. Pinkett Smith has been open about her hair loss due to alopecia, an autoimmune condition.

Smith, who appeared to have laughed at the joke earlier, soon strode towards the stage and smacked Rock across his face, leaving the people in attendance and millions across the world watching the live streaming of Hollywood's biggest night stunned.

Returning to his seat, he yelled at Rock: "Keep my wife's name out of your mouth!"

In his Monday's statement, Smith wrote jokes at his expense are a part of the job, "but a joke about Jada's medical condition was too much for me to bear and I reacted emotionally".

"I would like to publicly apologise to you, Chris. I was out of line and I was wrong. I am embarrassed and my actions were not indicative of the man I want to be," he wrote in the post.

On Wednesday, the Academy stated that "disciplinary proceedings" against Smith had begun, which could lead to "suspension, expulsion, or other sanctions permitted by the Bylaws and Standards of Conduct". In this latest statement, the Academy also said Smith had been asked to leave the Oscars show but refused.