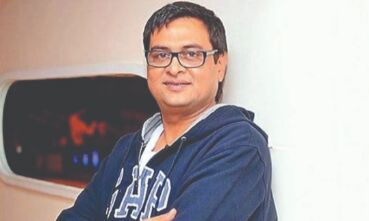 Amitabh Bachchan and Emraan Hashmi led Chehre's director Rumi Jaffery recently tested positive for COVID-19. The filmmaker is unable to participate in the promotional activities as the film is geared up to release on August 27.

Rumi spoke to a leading news agency and mentioned that all the work around the film has already been completed including the promos.

"I was in Hyderabad for my daughter's wedding and all my friends including Neetu Kapoor, Randhir Kapoor and many other friends attended the wedding which was held in the first week of August. I thank God that I contracted the disease only on August 15. All those who came to the wedding went home safe," said the director.

"Luckily for me, all the work around the film has been completed, including the promos and other things which were done earlier as the film was slated to release in April so there was nothing to worry about that department too," he shared.

He added, "If I test negative I will be able to come to Mumbai or else will watch the film in Hyderabad on its release day."

Rumi further spoke about taking up an intense film after making a lot of comedies.

"Amitabh Bachchan always believed in my talent and told me to go ahead and work on the subject with the promise that he will be part of my film. He kept his word. There is not much for a director in a comedy and it is a thriller that is challenging and gives the filmmaker to prove his mettle. 'Chehre' is one such film for me," he said.