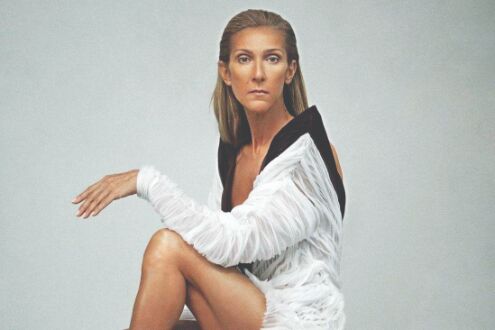 Sony Music Entertainment' and 'Vermilion Films' are set to release a documentary on the established singer Celine Dion, for which Oscar-nominated director Irene Taylor has been included. According to Dion, the documentary would reveal her story in the 'most honest and heartfelt way'.

In a statement, via 'ET Canada', 'My Heart Will Go On' singer said, "I have always been an open book with my fans. With her sensitivity and thoughtful creativity, I think that Irene will be able to show everyone a part of me that they haven't seen before."

The project has not received a formal name yet, but it has been confirmed that Dion's documentary would dive deep into her life and her musical career.

Speaking about the same, director Irene Taylor shared her excitement about receiving this 'extraordinary opportunity' to be directing a documentary based on the legendary singer.

"Having access to examine her life and inimitable career will allow me to create a multifaceted portrait of an iconic, global superstar, for which I look forward to sharing with the world," she stated.

The documentary is yet to release an official trailer or exclusive images if any. However, the makers have received a big thumbs up from the singer herself to seems to be quite enthusiastic about the project.

Neither 'Sony Music Entertainment' nor 'Vermilion Films' have announced a release date for the documentary. However, Celine Dion enthusiasts can be excited about the same as her life and her career would be shown in detail for the first time.