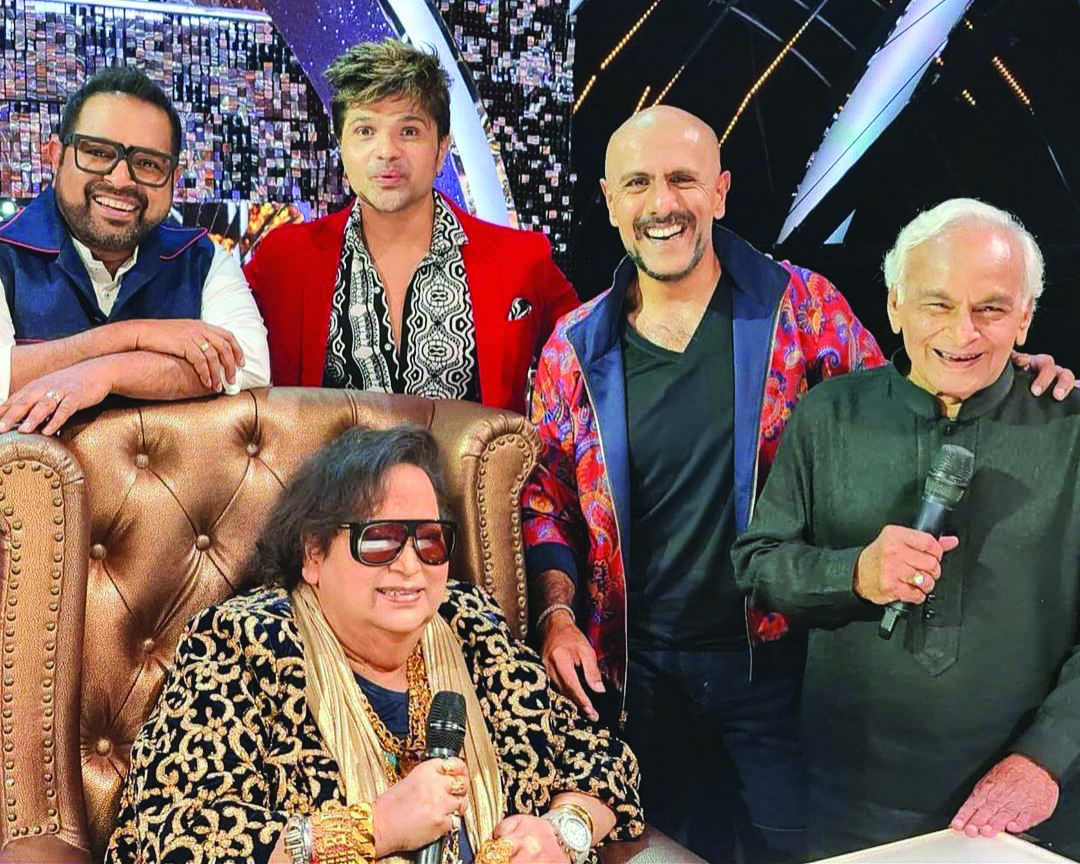 Mumbai: A wide array of cine personalities, including superstars Akshay Kumar, Chiranjeevi, Vidya Balan, Sanjay Dutt, Madhuri Dixit and filmmaker Karan Johar, on Wednesday mourned the demise of Bappi Lahiri, India's very own 'Disco King', and said the singer-composer will always be remembered for his melodies.

Kumar took to Twitter and wrote that the composer's music was the reason for many to smile and dance.

"Today we lost another gem from the music industry... Bappi Da, your voice was the reason for millions to dance, including me. Thank you for all the happiness you brought through your music," the actor wrote.

Chiranjeevi took to Twitter and posted a note remembering Lahiri, who had composed music for several of his Telugu films from the late 80s to the 90s, including 'Big Boss', 'State Rowdy', 'Rowdy Alludu' and 'Gang Leader'.

"I had a great association with Bappi da. He gave numerous chartbusters for me which contributed immensely to my films popularity. He will always be remembered for his unique style and his great enthusiasm for life which reflected in his music. My heartfelt condolences to all his near and dear," the 66-year-old actor tweeted.

In an apparent nod to Lahiri's love for gold, Johar called him the 'gold standard in music'.

"The Gold Standard in music. The Disco King forever. He will be truly missed forever," Johar wrote.

"Shocked to hear about #BappiLahiri Ji's demise. Bappi Da, you have left the world, but you will stay in our hearts forever," Dutt wrote.

Dixit tweeted, "This is a big loss for the Hindi Music Industry. Today we've lost a gem with a golden heart & a golden voice while the heaven found it's treasure. You'll be truly missed, Bappi Da Rest in eternal melodious peace."

Balan, who featured in his popular song 'Ooh La La' from the 2011 film 'The Dirty Picture', wrote that Lahiri brought joy to the world with his music.

"I wish you joy wherever you go Bappi da because that's what you brought to the world through your music and your being. Love always, Bidda (as you'd so endearingly call me)," she said.

AR Rahman, who had collaborated with Lahiri on the track 'Ek Lo Ek Muft' for Mani Ratnam's 'Guru', shared the news of his demise on Twitter and wrote, "#RIPbappida ..Bappi Lahiri, the Disco King of Hindi cinema!"

Ajay Devgn called 'Bappi da' an "endearing" personality whose music had an edge.

Singer-composer Vishal Dadlani, who collaborated with Lahiri on songs like "Ooh La La" and "Bambai Nagaria" for "Taxi No 9211" (2006), told PTI the veteran was "was more than a legend".

"He was a friend. He was always kind to Shekhar and me and we shared a mutual respect and admiration. I can't believe he isn't with us any more. First my father, then Lataji, then BappiDa. 2022 is really hitting hard," he said.

Singer Kumar Sanu, who worked with Lahiri on many songs, including 'Sochna Kya Jo Bhi Hoga' from 'Ghayal', said,"You'll always be in our hearts. I still can't believe it. Met him few days back and he was so lively. Have so many memories of him May God gives strength to the family."

Singer Shaan took to his Instagram handle and wrote, "Aa bhi jaa, Aa bhi jaa Ek baar .. Yaad aa raha hai Tera Pyar!!! My Sweetest, Dearest, Cutest and Most Loving BappiDa!!! Will miss you so much," alongside a throwback picture of the two.

Expressing grief over the demise of Bappi Lahiri, Shreya Ghoshal penned a heartfelt note. She shared a throwback picture of herself with

the late music composer and wrote, "I will always remember you as the true rock star of our country. Your music, your personality, everything about you dada, was iconic. Ever so loving, warm, charming and humble."

Bhumi Pednekar tweeted: "Complete Loss of Words. Heartbroken by the demise of the legendary Bappi Lahiri Ji. Truly a big loss. My condolences to his family and fans. Your music will live on forever, sir #RIPBappiLahiri."

Filmmaker Srijit Mukherji tweeted, "Yeh naina, yeh kaajal...and to many such melodies lost in the glitz of the Disco wave. Alvida, Bappida."