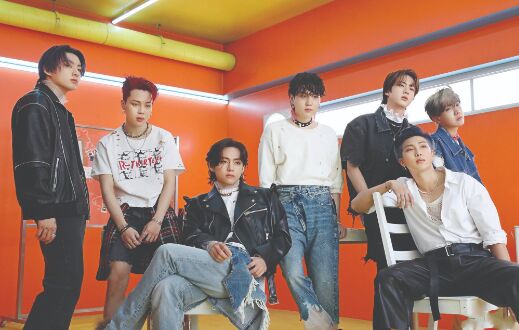 Belonging to the dance-pop genre, the fresh number is another fun song coming from the K-Pop band. Musician Ed Sheeran and British producer Steve Mac partook in making the song.

The performance spotlights on BTS' energetic charms as usual and the dance moves are easy to emulate, so anyone

can effortlessly groove with the choreography.

The band's latest summer smash hit 'Butter' topped the 'Billboard Hot 100' chart for six consecutive weeks, which marks their longest run at the number one spot.

'BTS', or' Bangtan Sonyeondan', are a septet comprising Jin, Suga, J-Hope, RM, Jimin, V and Jungkook. The band, who is also known as the 'Bangtan Boys', will show the US TV premiere of 'Permission to dance' on 'The Tonight Show Starring Jimmy Fallon' for consecutive nights on July 13 and July 14, 2021.