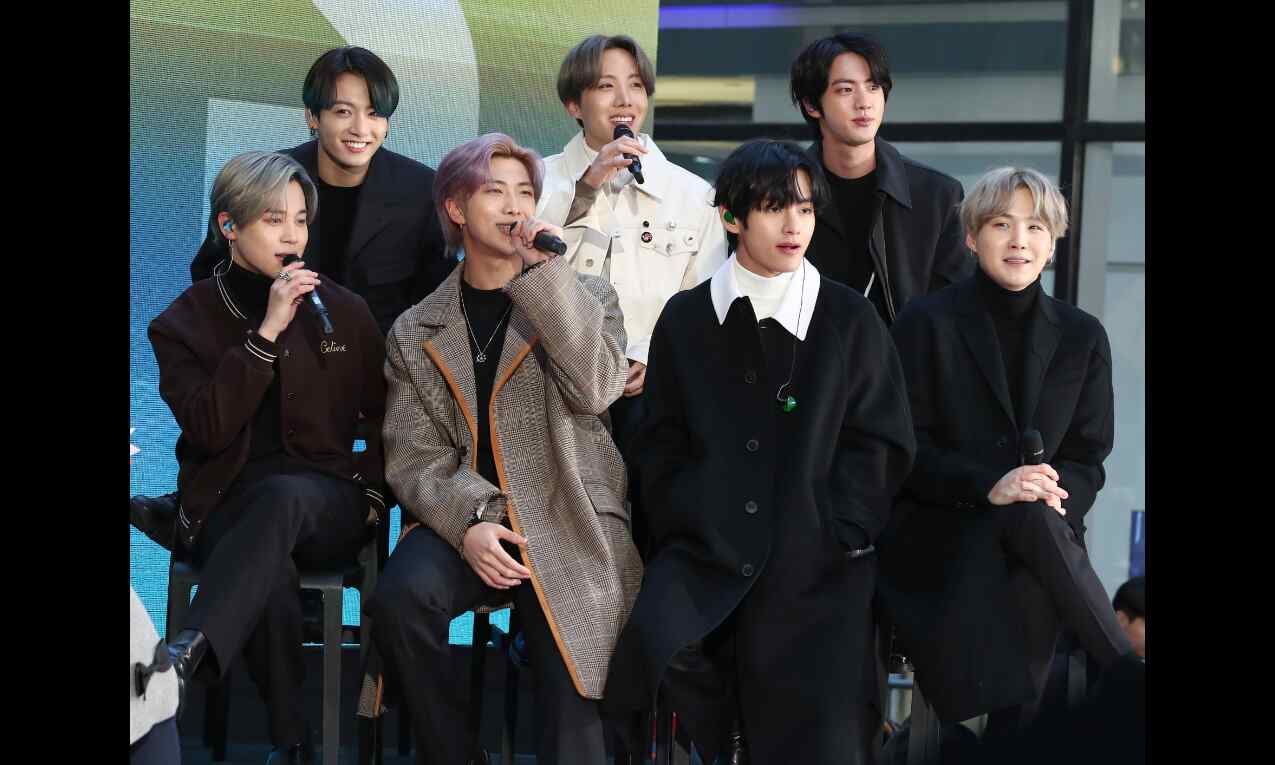 Last month, it was announced that the septet will headline a global concert to support their country's bid to host the 2030 World Expo in the port city of Busan in October.

Prime Minister Han Duk-soo expressed his gratitude to BTS for accepting the ambassadorship for the expo.

"The most essential part to our success would be the support from Korean citizens as well as the global community. We believe that BTS will take the most pivotal role during the process. With the support from BTS and our people, we will be able to achieve our goal," the prime minister was quoted as saying in an official press release from BTS' agency BigHit Music.

KCCI Chairman Chey Tae-won said they are excited to see how the music group's participation will affect the World Expo 2030 bid.

"We've got a thousand troops on our side. At the end of last year, BTS' online concert was attended by ARMY (BTS fan group) from 197 countries/regions, more than the number of Member States of the Bureau International des Expositions (BIE), which is 170," Chey said.

"BTS is preparing for the Global Busan Concert in October. Through the concert, I firmly believe that millions and billions of fans from all over the world will also support the bid for World Expo 2030 Busan," he said.

RM of BTS said the members are honoured to be appointed as ambassadors for World Expo 2030 Busan.

"BTS will do our best to support bringing the World Expo 2030 to Busan. Starting with the Global Busan Concert in October, we will carry out various ambassador activities. We will also make extra efforts to not only support the nation's bid but also promote the beautiful nature and culture of the Republic of Korea worldwide," the group leader said.

"This is a meaningful opportunity for BTS and HYBE to contribute to the nation's bid for World Expo 2030. HYBE will fully support the artists with their ambassador activities and development of Busan Metropolitan City and local pop culture," added HYBE CEO Jiwon Park.

"We are BTS, the PR ambassador for the 2030 Busan World Expo," read the tweet.

In June, the band- comprising Jin, Suga, J-Hope, Jimin, V and Jung Kook - announced that they were taking a break to focus on individual projects.

In 2021, the then South Korean President Moon Jae-in appointed BTS as the 'Special Presidential Envoy for Future Generations and Culture' ahead of the 76th UN General Assembly.

The World Expo is held every five years and attracts millions of visitors to the host city during its six-month duration. The last World Expo was held from October 1, 2021, to March 31, 2022, in Dubai after being postponed due to the Coronavirus pandemic.