BTS, Megan, Olivia and Bad Bunny to perform at AMAs 2021 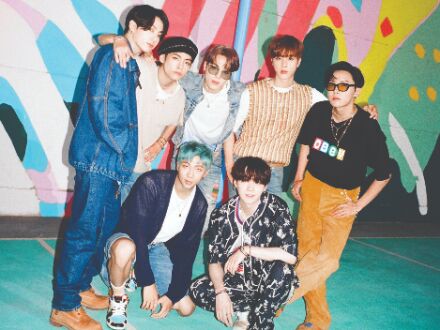 The 'American Music Awards' has announced some of the performers from their lineup this year and those include BTS, Megan Thee Stallion, Olivia Rodrigo and Bad Bunny. The award show took to their official social media platforms to confirm the first group of acts for their 2021 event.

According to AMAs, BTS will be performing their hit single 'Butter' along with Megan Thee Stallion. The group also took their official 'Twitter' account to announce the same, with Megan retweeting the boy band's tweet.

"I'm so excited," Megan penned along with heart emojis.

AMAs have also noted that 'Good 4 U' singer Olivia Rodrigo will make her performance debut this year. Along with that, the award show has also confirmed that Bad Bunny will be one of the performers in 2021.

"San Benito is no stranger to the AMAs stage and we cannot wait to see him perform again this year! See the world premiere performance of 'Lo Siento BB'," AMAs tweeted.