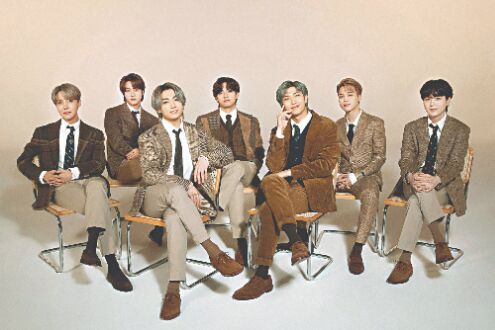 Popular South Korean band 'BTS' and Coldplay's highly-anticipated single 'My Universe' is out with lyrics in English and Korean.

The new single, a love song, will be a part of the Chris Martin-fronted band's album 'Music of the Spheres', which is to be released on October 15.

The collaboration comes after months of speculation.

The British group later shared a link of BTS' special performance on 'Twitter', writing 'beautiful' in Korean and signed 'Love' in English, along with the individual initials of the members of the band, also including Guy Berryman, Will Champion and Jonny Buckland.

Back in July, there were rumours that 'BTS' would be featuring on Coldplay's new song.